How To Activate Your Armor In Spiritual Warfare | God TV
Faith 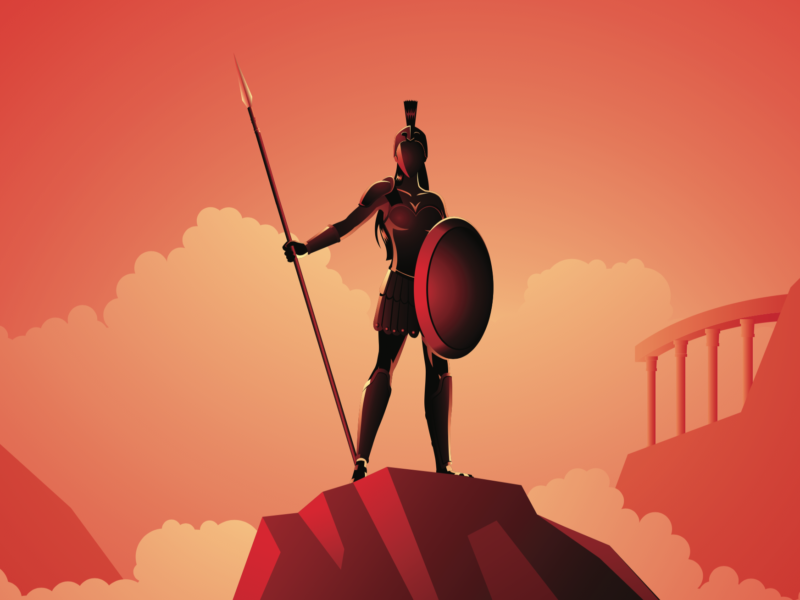 We all have battles. We know them intimately as inner struggles and outside circumstances. As long as we live in this fallen world, we’ll continue to face the consequences of it. That’s just reality. We need the armor of God.

Be this as it may, we don’t have to be defined nor defeated by our battles either. And what makes that possible is entirely dependent upon how we confront them.

I learned this in a profound way some years ago when I first decided to step into ministry. Almost the moment I did, reminders of past regrets and present problems all resurfaced, causing me to question whether or not I was worthy to do the work of the Lord.

After feeling too disqualified—and nearly walking away—I was led to perhaps the most famous passage of Scripture for how to confront battles: Ephesians 6:10–18, what’s commonly called “the armor of God.”

As I opened my Bible to reread what I thought was familiar, I began to see the text in a fresh way that changed everything for me.

There’s so much to cover. But for now, I want to unpack two foundational words for understanding how to activate the armor to win your battles.

“Be strong in the Lord and in the strength of his might,” Paul begins (Eph. 6:10, ESV). This opening alerts us that victory isn’t had through personal willpower. No, we win our battles only from our position “in Christ.”

Paul’s second instruction continues this theme and contains the first revealing word: “Put on the whole armor of God, that you may be able to stand against the schemes of the devil” (v. 9).

The first word we’ll focus on is “stand.”

What makes this word stand out is that this isn’t the only time Paul uses it. Count how often “stand” is referenced in the verses that follow: “Therefore take up the whole armor of God, that you may be able to withstand in the evil day, and having done all, to stand firm. Stand therefore …” (Eph. 6:13–14).

In all, Paul uses a form of “stand” four times in only four verses.

Why is this significant?

Because “stand” is counter to what most of us think regarding how to use the armor. That is, many were taught to “suit up” in the armor to engage in a fight with the enemy.

But Paul doesn’t say “fight,” he says, “stand.” And this a monumental principle: winning your battles isn’t about having a fight with a devil who’s defeated, but it’s about standing in the victory of Jesus, the One who defeated him.

Paul goes on to list everything we are to stand in, represented by six articles of a soldier’s armor: 1) truth, 2) righteousness, 3) peace, 4) faith, 5) salvation and 6) God’s Word.

It’s important to understand that each of these aren’t qualities we strive or fight for. But rather, they are qualities we each already possess as ones “in the Lord.” They each represent an aspect of our identity in Christ. And as I explore in depth in my armor of God study, it’s simply standing in each of these qualities that wins our battles.

Perhaps this begs the question: “How do you actually stand in these qualities?”

The second critical word provides the answer. It’s “put on,” which is Paul’s first instruction for what to do with the armor: “Put on the whole armor of God, that you may be able to stand …” (v. 11).

The significance of this gets somewhat lost in translation. “Put on” from the Greek word, enduo, means “to be saturated into” or “to take on the character of.”

I often liken it to what an actor does to get into a character. They literally have to take on the character’s qualities—their thinking, speaking, walking, and so on. Through these disciplines, over time, the actor “becomes” the character.

Of course, God isn’t asking us to put on an act. But to “put on” the armor means that we think and speak about ourselves and our situations according to who we are and what we have in Him. It’s all about identifying with Jesus and His finished work!

[Want more? Join me for an illustrated journey through the armor of God in my 6-session e-course. Begin today at armorofgodstudy.com.]

For just $10 per month you can bring the gospel to 1,000 homes. Join us as media missionaries! GIVE NOW
VIEW COMMENTS
« From Binging To Balance How To Hear God’s Voice In Creation »