BREAKING
Lay Aside The Old Self
Ben And Jerry’s Staying In Israel, But Founders Aren’t Doing The “Chunky...
Israel Has a New Prime Minister
Home Articles Hudson Taylor: God Can Accomplish Anything Through a Trusting Heart

Hudson Taylor: God Can Accomplish Anything Through a Trusting Heart 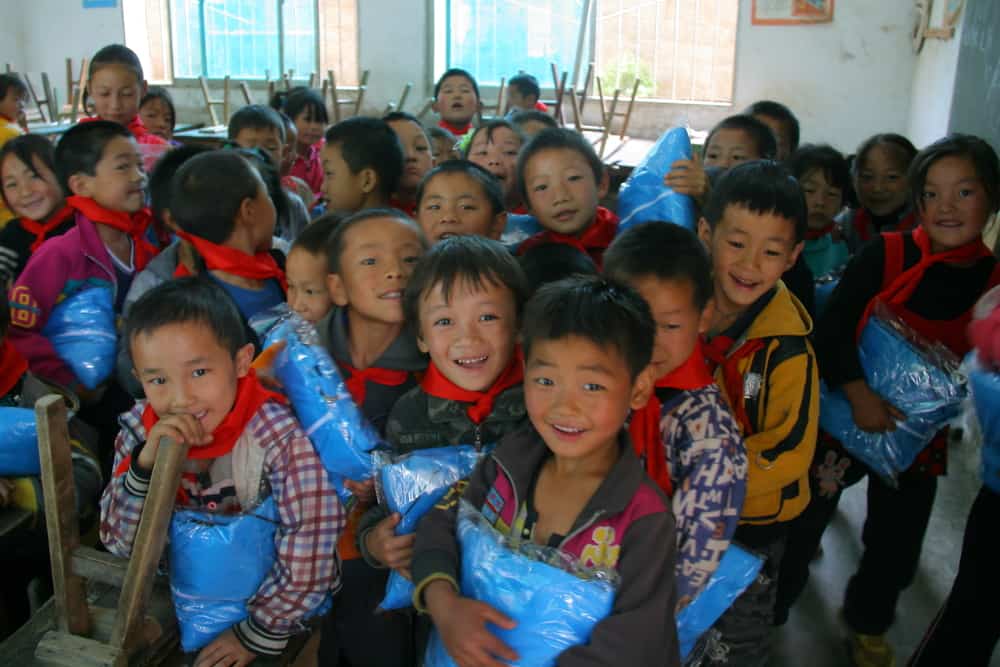 Never has there been, since the days of Paul the Apostle, a man so dedicated to the cause of reaching lost souls as Hudson Taylor. His journey has taken him from being abundantly blessed to the deepest pits of despair and loss, but he never lost his belief that God was in control of it all. Amidst one of the most tragic events of his life he is quoted saying, “I cannot read, I cannot pray, I can scarcely think… but I can trust.” This trust kept his spirit lifted, and God gave him the ability to achieve what the skeptics said would be impossible; the reaching of lost souls in the nation of China.

The Calling of Hudson Taylor

From the age of four, Hudson Taylor wanted to be a missionary to China. He told his parents so, and they prayed for him. However, the distractions of life drew Hudson from the Lord in his teens. It wasn’t until boredom overtook him and he was looking for a book to read in his father’s library. He came across a tract titled, “It is finished.” After reading it, the stories from his youth came back to him; they had new meaning. He accepted Christ as his Savior; he was 17.

This commitment renewed the heart he had as a child for the people of China. He spent the next few years learning the Mandarin language by studying Luke’s Gospel in Mandarin and through a book on China he borrowed from a congregational minister. One year later, he decided he needed to prepare himself mentally for the challenges that faced him. He moved into a noisy suburb and began to live meagerly, denying himself the pleasures most were taking part in.

The story is told in one of his biographies that he had also wanted to prepare himself financially. His employer at the time relied on Hudson to tell him when salary came due, but he did not. He lived off what he had until one evening he was meeting with a family that had starving children, the Lord told him to give them all he had; Hudson did. It left him with nothing, but his heart was happy knowing he obeyed the Lord. The next day the postman brought him a letter containing the back pay from his employer, well over the amount he had given to the destitute. Hudson had learned through obedience that God provides.

Hudson Taylor studied to become a doctor. In the middle of his training, he was called immediately to London to prepare to head to China as he completed his schooling. As he turned 21, he was ready: A graduate in the medical field and ready for the challenges of being a missionary to China.

Hudson Taylor and Paul of Tarsus

Hudson set sail for Shanghai in 1853. With his fellow missionaries, they began to preach in the nearby areas around the foreigners’ compound where he lived. He tried briefly to live closer to the primary area where the Chinese lived, but after his home was burned down, he moved back to the safe area.

His early ministry was wrought with failures. The Chinese people would only see him as a foreigner. It was at this point that Hudson began to adopt the native dress and behaviors. This helped him relate but drew criticism from other missionaries. His efforts were rewarded by more Chinese listening to him. He began to move deeper into the inner areas of China, sailing on the Huangpu River to cities to distribute Chinese Bibles and tracts.

Hudson Taylor spent much of his time traveling to different villages sharing the Gospel. He was much like Paul of Tarsus. Although never experiencing a shipwreck in his travels, he speaks of a couple of times where he came near close to it. One incident records that the crew could even see the tribe of cannibals on the land watching their ship struggle, fires lit and ready for them to wreck. Through prayer, they were spared, and a gust of wind set their ship back on course.

After several years, Hudson became discouraged with the missionary board he was part of. He then became an independent missionary, relying on God to meet his needs. And just as he learned at 19, God does meet needs. Often in ways, we do not comprehend. He began working with a colleague at a hospital and dispensary doing missions work into the inner city of Ningbo.

It was here he met his wife, Mary. Through their life together, they would have 13 children. However, many of them did not survive due to various illnesses. In 1960, Hudson himself suffered an ailment that caused him to take a furlough, back to England. He remained there for several years, but his heart was still with the Chinese people. He began a new work to bring back a new batch of missionaries to preach the Gospel.

He and a co-worker founded the China Inland Mission in 1965. It began with 24 missionaries that would make their way from England to Shanghai, then to Ningbo in 1966. Hudson Taylor had much support. It was during this furlough that he met a preacher by the name of Charles Spurgeon. They quickly became friends, and Spurgeon became one of Hudson’s greatest proponents.

The mission began to help build churches but stressed that the churches should be built by Chinese Christians, not foreign workers. He continued the ministry to the inner parts of China. Sending groups of missionaries that were answers to prayers. He prayed for 24; and received 26. He prayed later for 100, 102 came. The ministry continued through these men and women, which included the famous Cambridge Seven.

There are many things that Hudson Taylor accomplished through the ministry God gave him. Too many to fit in a blog. One was that he was instrumental in translating the Bible into the Chinese language. This opened the door to future generations of missionaries to effectively spread the Gospel throughout the unreached areas of China.

Hudson, over his lifetime, made 11 trips to China. He experienced setbacks and powerful victories all for the cause of Christ. One of the most powerful events that shook the missionary world was the Boxer Rebellion in 1899. The group aimed to rid the country of foreigners, namely Christian missionaries. The event took the lives of 79 CIM missionaries. Many missions withdrew. CIM attempted to stay but would withdraw and relocate their home base to Singapore.

Hudson Taylor passed away from failing health in 1903.

In 1964, The Overseas Missionary Fellowship (OMF, which in 1993 became OMF International) was established. Ministries spread into Japan, Korea, Malaysia, Indonesia, and more.

While the growth of persecution of Christians is on the rise within China, missionaries are actively spreading God’s Word.

Today, OMFI still holds true to the vision of Hudson Taylor; to reach those who have yet to hear the Gospel of Christ. They have a staff of over 3,000. One thousand four hundred of those work within the area of East Asia. What began as the passion of a four-year-old has turned into a global ministry of missions to the lost souls of East Asia. All fulfilling the Great Commission with the determination of Hudson, “I have found that there are three stages in every great work of God: first, it is impossible, then it is difficult, then it is done.” The belief that God can do anything is integral to the life of a missionary; it was to Hudson Taylor.