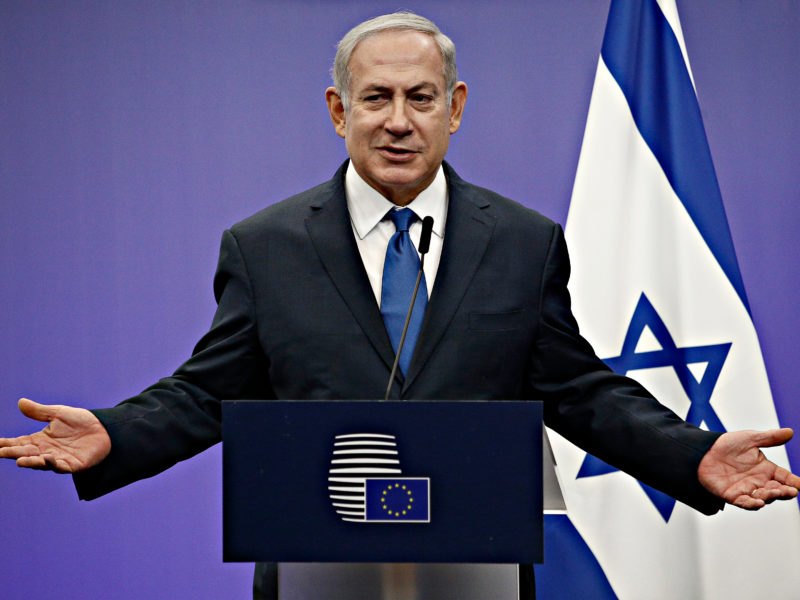 Israeli reporters with an intimate knowledge of Prime Minister Benjamin Netanyahu’s close ties with the Arab world defined his publicized meeting with Saudi Crown Prince Mohammed bin Salman and US Secretary of State Mike Pompeo as a “huge drama” that signifies a serious development in the ties between the two countries.

The meeting took place late Sunday night at the port city of Neom, and Mossad chief Yossi Cohen was present.

Cohen is a key player in Israel’s budding ties with the Arab Gulf states.

An Israeli official confirmed the report, the first time the state’s censorship has allowed the publication of such a high-profile meeting.

A senior Saudi official confirmed in an interview with the Wall Street Journal that Netanyahu met with bin Salman. According to the source, the two leaders discussed the Iranian threat and the normalization of ties between the two countries.

Hamas spokesman Sami Abu Zohari said that the news of Netanyahu’s visit to Saudi Arabia is “serious if true,” and called on the Saudis to “clarify what happened, as this reflects an insult to the nation and a relinquishing of the Palestinians’ rights.”

Senior Israeli commentator Shimrit Meir said that the publication of Netanyahu’s trip to Saudi Arabia “is the dramatic event here.”

The publication is probably with the agreement of the Saudis, who understand that they must arrive in January when the administrations change “more prepared,” she explained.

Reporter Barak Ravid said that “sometimes you have to say the obvious: this is a huge drama! There have been similar meetings in the past, but they have been under severe censorship.”

Pointing out that the Israelis, Americans and most of all, the Saudis knew the meeting would be publicized, he said it was “significant diplomatic progress, a signal to Iran and a message to the Biden administration.”

Ravid added that he has been following Netanyahu’s covert diplomatic missions since 2012, and recently “things ripened and burst out like from a volcanic crater” and “Netanyahu deserves a lot of credit for that.”

Saudi Arabia appears to be on the way to joining the United Arab Emirates and Bahrain who signed a historic peace agreement with Israel at the White House on September 15, the first agreement to be signed between Israel and an Arab country in 25 years.

Announced on August 13, the Abraham Accords is the first between a Gulf state and Israel and is expected to lead to similar agreements with other Arab countries, possibly Oman and the rest of the Sunni Gulf states.

For just $100 per month you can bring the gospel to 10,000 homes. Join us as media missionaries! GIVE NOW
VIEW COMMENTS
« Israel Celebrates End of Restriction on Pollard, Anticipates His Arrival 9-Year-Old Girl Who Lost Limbs To Car Accident Becomes A Miracle »