Humble Beginnings: Waiting For The Lord Of The Universe To Be Born

I was very pregnant with two out of three of my kids at Christmas. One was due exactly two weeks after Christmas, and one was due 6 weeks after Christmas. When the day arrived, I was large and in charge. My father-in-law, a pastor, always reminded me of how I was just like Mary at Christmas time, awaiting the arrival of her precious son, Jesus. Although, when I think about it, I had one thing in common with Mary – we were both ready to pop. Our similarities in pregnancy end there. She brought Jesus into this world from very humble beginnings…

When I got pregnant and decided to grow our family, it was on my terms…I guess my husband’s too. Ha! We discussed it was time and started on our journey of trying to conceive. When Mary got pregnant…she had no say in the matter. An angel told her! Can you believe it? And she totally went along with it. I would have been like, “I don’t think so!!!” And don’t get me started on Joseph. My husband would not have boughtt the whole, “An angel told me I was pregnant…I swear!!!” Yet Mary was chosen by God to grow our Savior in her womb. She and Joseph accepted and obeyed. I can’t imagine the fear, confusion, and hesitation they must have felt. But, they went ahead, they believed in God’s faithfulness and they were faithful as well.

Then there was the labor and delivery…I don’t know what actual “hospitals” were like back then, but I can bet they were like the Ritz compared to a manger. An actual shelter where animals eat, sleep, and poop. Animals poop in there and Mary had to deliver her child there. The odor!!!! After traveling on a DONKEY! I couldn’t even ride in a car at 9 months pregnant because my rib cages felt like they would crack. When I was having contractions on the way to the hospital, I had to get on all fours because the car was just too awkward and painful. I can’t even imagine sitting up right on a donkey! 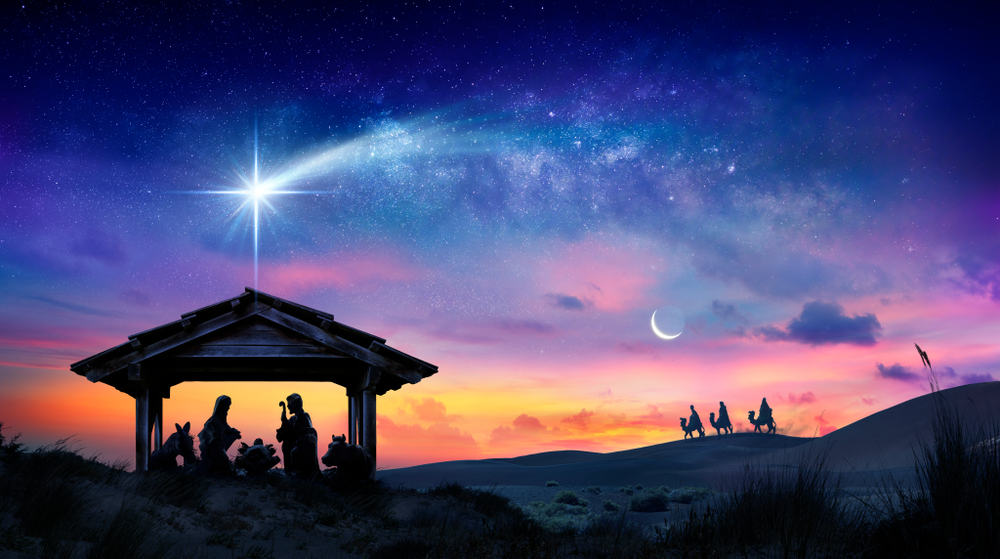 This time of year I just like to humbly reflect on how Jesus came into the world. The King of the universe, Savior of the world breathed his first breath on earth in a stinky manger next to dirty animals. And his mom and dad had just been rejected by multiple inns. But He did it, He came. Mary did it, she delivered the Lord.

Jesus is God’s Son sent to earth to save us. He was truly both man and God and he started from the most humble beginnings. We don’t have to run from God, afraid of His judgment, for He has been here. In our shoes on earth. He has walked the same troublesome roads we have. He knows what it is like to be rejected, unwanted, scared, dirty, and surrounded by disappointment. Jesus has been there. He understands and He loves us even more because of it.