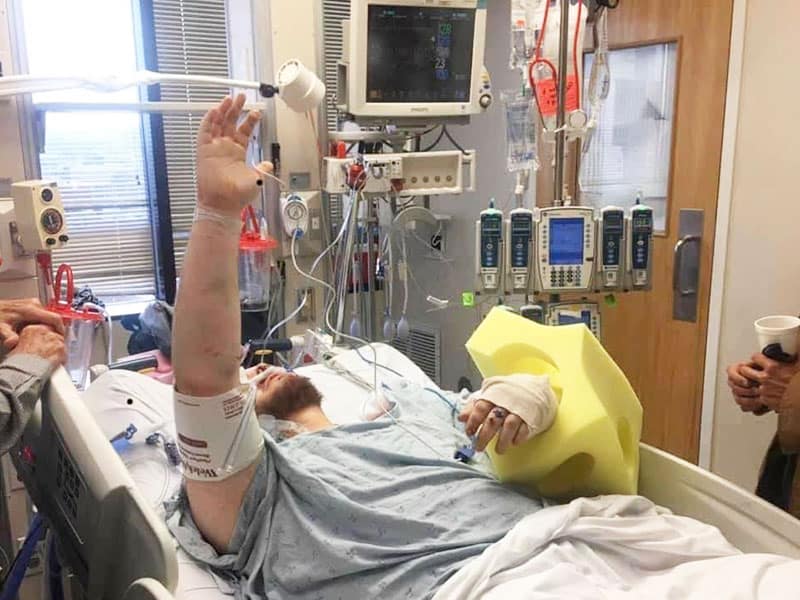 A family met a horrible car accident that took the life of the wife and the baby girl. But despite the tragedy, the survived husband chooses to praise God.

In a post shared by Amy Powell Jones, a picture revealed a man who lifted his hands to God. Apparently, this man and his family were in a car accident on a Saturday night. Sadly, it took the life of his wife and baby girl. So, when he woke up in the hospital, everyone found it hard to tell him the truth. However, everyone was surprised by what happened.

“My understanding is he woke up this morning and already knew his wife and baby girl were gone,” Amy wrote. “Many prayers went up for God to prepare his heart for the news he would hear when he woke up BUT nobody had to tell him. He said he already knew. GOD had told him.” 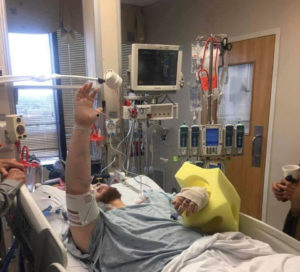 God had told the survived husband ahead before they told him. But while lying in that hospital bed, with what just happened, he chose to praise God. He lifted his arm to praise God despite the tragedy of losing his family.

Because of what Amy had witnessed, she was greatly convicted.

“How dare I sit down when I have an opportunity to worship,” she realized. “How dare I have a pity party when things don’t go exactly as I want. What an example this man is going to be for so many.”

Indeed, this man is a wonderful picture of an unrelenting faith and trust towards God. That despite his circumstance, amidst pain and confusion, he chooses to bless the Name of the Lord.

In the end, Amy then asked for continued prayers for this family. Let’s pray and declare God’s comfort and peace to overwhelm the whole family.