BREAKING
Lay Aside The Old Self
Ben And Jerry’s Staying In Israel, But Founders Aren’t Doing The “Chunky...
Israel Has a New Prime Minister
Home News ‘I Fear for My Life’: Inside the Overnight Drama to Rescue the Hebron Businessmen from the PA

‘I Fear for My Life’: Inside the Overnight Drama to Rescue the Hebron Businessmen from the PA 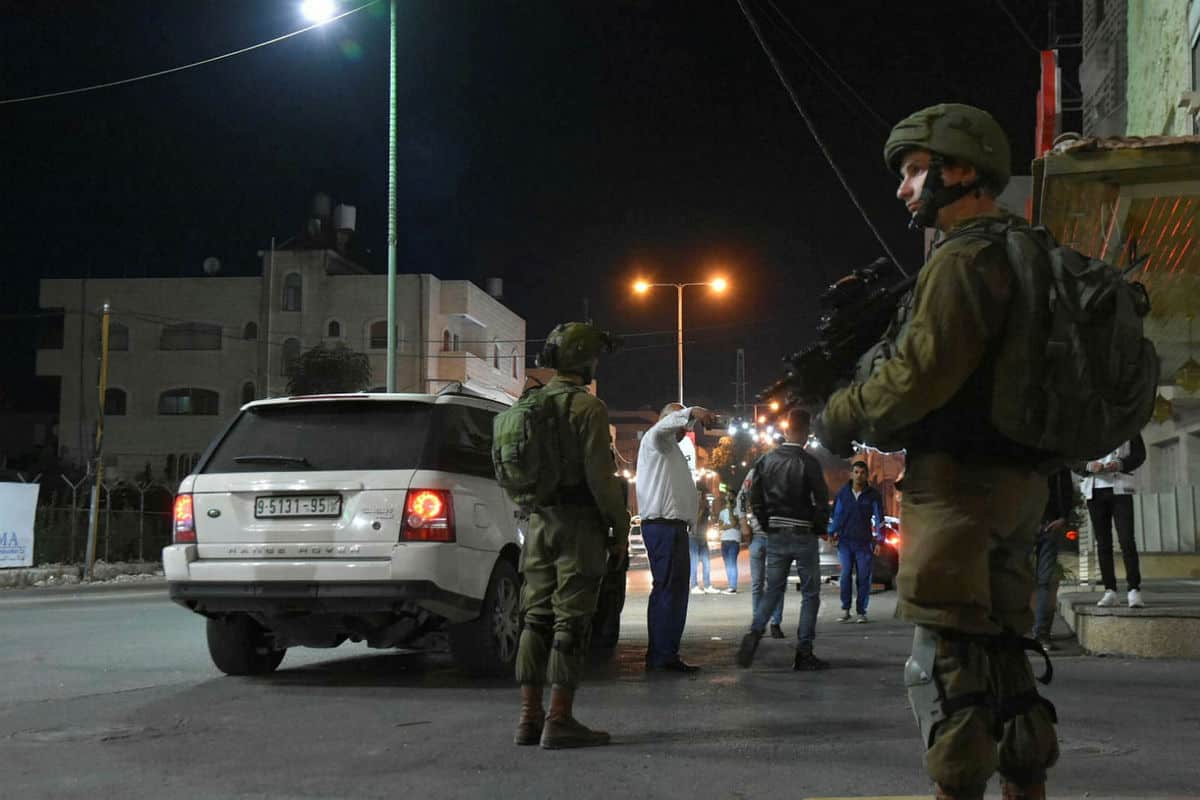 A fast-paced drama unfolded late Friday night in Hebron as members of the Palestinian Authority’s (PA) security services set out to arrest several businessmen who participated in the US-sponsored Peace to Prosperity workshop in Manama, Bahrain.

The policemen, some in plain-clothes, surrounded several houses in Hebron in an attempt to arrest several of the delegation’s members. Saleh Abu Milah, who is battling cancer, was arrested before he could be forewarned of the arrests.

In a phone conversation minutes after his arrest, Abu Milah’s family told TPS that his arrest could cause his death because of his illness. Some of the arresting officers turned out to be his relatives, senior Fatah members.

Ashraf Ranem, another delegation member, saw the security forces approaching his house, escaped and hid in the house next door. While hiding among old furniture, Ranem called TPS and asked for assistance. “I fear for my life and am in big trouble,” he said on the phone as the noise caused by the arresting officers was heard in the background.  “They are here and will get me any minute and I need help,” he whispered into the phone.

The PA forces can be heard in the background telling Ranem’s family that he is a spy and a traitor and could be sentenced to death. The security men tell the father to turn in his son, otherwise, the son will be “killed by a mob in the street.”

Ranem’s relatives feared for his life as hours before his arrest, the PA circulated a notice condemning the members of the delegation, a continuation of its incitement against the businessmen from previous days.

The forces left his house after confiscating documents, including the passport he used to fly to Bahrain, and caused damage to his property.

Israeli forces subsequently intervened on their behalf. Phone calls to members of Israel’s security system brought the IDF to demand that the PA policemen leave the area.

Ranem managed to flee the area and arrive at Ashraf Jabari’s home, which is located in the zone under Israeli control. Jabari headed the delegation and was the only member from the PA to speak at the conference.

The delegation members contacted the US Embassy to notify them about the PA’s hunt for them, but only hours later Jabari was able to contact a Marine officer in the embassy who promised to help.

Abu Milah was released Saturday night after high-ranking officials in the US administration intervened.

Jason Greenblatt, Special Representative for International Negotiations, stated that the US is “pleased the PA has released the Palestinian they arrested after attending the Peace to Prosperity workshop.”

“We look forward to continuing our conversation with all who attended the workshop and anyone else who wants a better future for the Palestinians,” he added.

The delegation members told TPS after the incident that Jared Kushner’s embrace in Manama has proven to be a real one and that the Americans have abided by their word to protect them.

This incident serves as a blow to PA head Mahmoud Abbas, who was forced to release Abu Milah following US pressure.