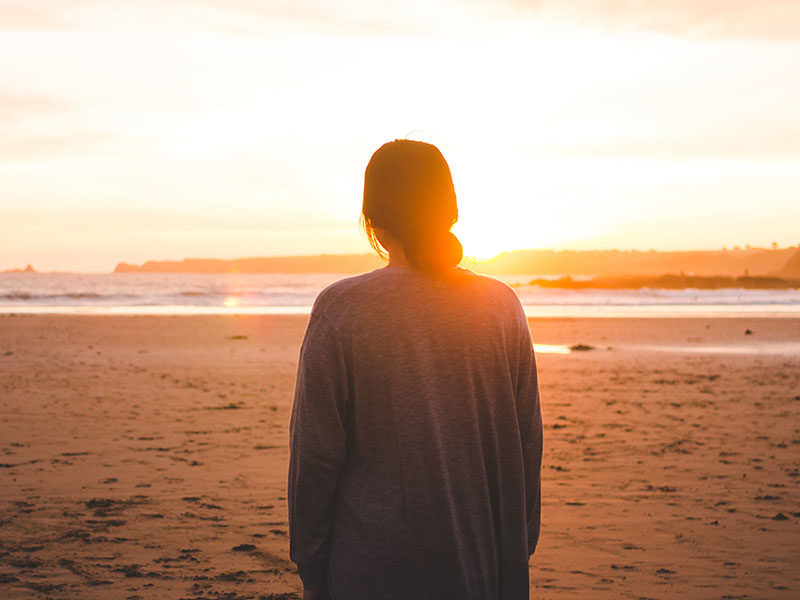 It really hit me today – I have pondered this thought before but now I feel I have lived it out. You can stay (emotionally) at the age when you were abused or suffered injustice, until that door is unbolted and THEN you get to finally move on. I feel like I never actually fully grew up (mentally) until, wow – last year. Yikes. That has been very hard to face and yet so liberating to walk in truth now. It is wonderfully horrifying to me. I feel like I was 15 for 50 years. It is as if I was invited to a party 50 years ago, but I finally just made it there.  And now everyone else has gone home. THAT is how I feel. So it is a mix of a joyous healing (I was blind but now I SEE), but also remorse at – look at what I missed when I was blind. When I was stumbling around in the dark at that time, I was tripping, searching, breaking, destroying, questioning, fearing, and did not ever have a clue where I was going. Except for Jesus. HE knew where I was. HE knew every misstep I took. HE knew every lost moment I would never reclaim. HE knew my every fear and He called them by their names when I couldn’t. HE held me until that day – the day when He gave me back my sight. When I was blind and basically used to NOT being able to see, did I know how it could feel to NOT be blind? I feel like I had nothing to compare to being blind in my soul – I had been that way for as long as I can remember. I couldn’t SEE … yet. Just like the blind man, blind from birth.

And THIS Bible story I have heard my whole life – NOW I get it. “As He went along, He saw a man blind from birth. His disciples asked him, “Rabbi, who sinned, this man or his parents, that he was born blind?” “Neither this man nor his parents sinned,” said Jesus, “but this happened so that the works of God might be displayed in him. As long as it is day, we must do the works of Him who sent me. Night is coming, when no one can work. While I am in the world, I am the light of the world.” After saying this, He spit on the ground, made some mud with the saliva, and put it on the man’s eyes. “Go,” He told him, “wash in the Pool of Siloam”. So the man went and washed, and came home seeing. His neighbors and those who had formerly seen him begging asked, “Isn’t this the same man who used to sit and beg?” Some claimed that he was. Others said, “No, he only looks like him.” But he himself insisted, “I am the man.” “How then were your eyes opened?” they asked. He replied, “The man they call Jesus made some mud and put it on my eyes. He told me to go to Siloam and wash. So I went and washed, and then I could see.” (John 9)

And so there is that. Blind but now he sees! I want to tear this story apart – so much there I never researched or explored or considered. And so much about it that can relate to each of us on a personal level.

BLINDNESS WITH NO SHAME

First of all, it was not hereditary that he was blind. He didn’t become blind because of anything he had done (not a consequence) nor was it his parent’s fault. I am guessing they blamed themselves, as ALL parents do when anything goes wrong with their children – we always think it is something we did. And any injustice is attached with blame and shame. Right here Jesus makes it clear – the man was blind and it was not his fault. We tend to judge other’s flaws as if somehow they chose it. Gee, I think I will choose to not have my sight – sounds like a great plan. NOT. Life just happens.

Next, Jesus said there was a purpose (a profitable aftermath) for the man’s blindness. (the supernatural works of God on display in him) Whoa. Wait. Really? Think about that. So that thing in our lives that is our cross to bear so to speak, can become the very thing that defines us with a purpose and a WHY? For me, sexual abuse? That is deep and intense and troubling really. Okay, keep going.

Jesus explains how dark the world is, and how short our time is here. He says that HE is the
light of the world and while here on earth, basically He must perform miracles so others will believe – so generations (us) who follow behind people like the blind man, will be reminded of His power to redeem and heal and restore. Basically, Jesus came to be the proof of God.

THE MIRACLE OF DIRT AND SPIT

The blind man – okay – how did Jesus heal him? WHAT did He use? Well, the actual ground where he had stumbled and fell, and the dirt he had sat in for years and years. THE SAME DIRT. What had been his captivity and his shame, became his healing. When you add Jesus to any equation (even dirt piles) they become places of redemption. No longer simply dirt – the ground became the very thing that Jesus used to anoint the blind man’s eyes to see! What? This is a lot. Go a bit deeper – Jesus spit on the dirt to turn it to mud to put on his eyes. Even the spit of God is miraculous. Whoa.

Okay, moving on. Jesus sent him (with mud caked on his eyes) to the Pool of Siloam. (Aren’t you curious what his thoughts were?) The Pool of Siloam was where fresh water was stored, also called the Lower Pool in Isaiah 22:9. “You saw that the walls of the City of David were broken through in many places; you stored up water in the Lower Pool.” Siloam means “sent”. The even deeper meaning is that the pool was filled with fresh and clear gushing water. And the water was stored there because of all the broken places around it.

A DIP IN THE POOL

Also, being sent to this particular Pool gives Jesus’ miracle credibility from then to NOW – it is an actual historic location – not something in a story without authenticity or fact. I had to laugh at the reference for this Pool’s credibility – II Kings 20:20. Blind man gets his sight back here – WOW. Right? 20/20 vision. Don’t we want OUR stories to be authentic and real, so generations to come will have reason to believe them as truth? Jesus clearly had a plan, from start to finish. At some point we are required to just have that ONE moment when we have some faith in the same Jesus.

Let’s back up a minute – Jesus SENT him there. The blind man had to get there still blind, but NOW with hope in his heart and mud on his eyes. His healing was a journey – he had to trust this man – I wonder if he knew it was Jesus or who Jesus was – no, I don’t think so, but his heart knew what his mind could not. He was encountering the Son of God and if He said get to the Pool of Siloam, he was going there.

I find this significant for me – when I decided to take my journey back to find my own healing, well – it was a choice I made. I felt that pull into the unknown – I know now that was Jesus calling me, just like He called the blind man – I will heal you, yes – I need YOU to do this first, as an act of your faith and trust. And He sent the blind man on his journey – still blind, eyes caked with mud and Jesus’ spit.

Maybe this represents all our fears mixed with hope that becomes our driving force for the healing. Then Jesus sent him to a spring of clear life giving water where He told him to wash himself, in the midst of all the broken places around him. All the wows. SO deep. A walk of faith. A walk out of the darkness into the light.

Finally, well – there was the miracle as we know it – the blind man was NO LONGER BLIND. Mission accomplished. All I can advise here is to put yourself in the place of the blind man – with your own unique story, but with the same Jesus.

For just $100 per month you can bring the gospel to 10,000 homes. Join us as media missionaries! GIVE NOW
VIEW COMMENTS
« Fighting for Joy: A Struggle of Parenthood and Life Healed Of A Brain Aneurysm: One Woman’s Miraculous Story! »