BREAKING
Israel-led Team Solves Mystery Why Lightning Strikes Fewer Times Over The Ocean...
Tourism In The Holy Land Is Soaring Back Up To Pre-Pandemic Highs
Lapid Speaks Directly To Palestinians—Offers Them “Another Way” Out Of The Ongoing...
Home Articles “I Saw … God Telling Me It Was Time To Wake Up” Says COVID-19 Survivor 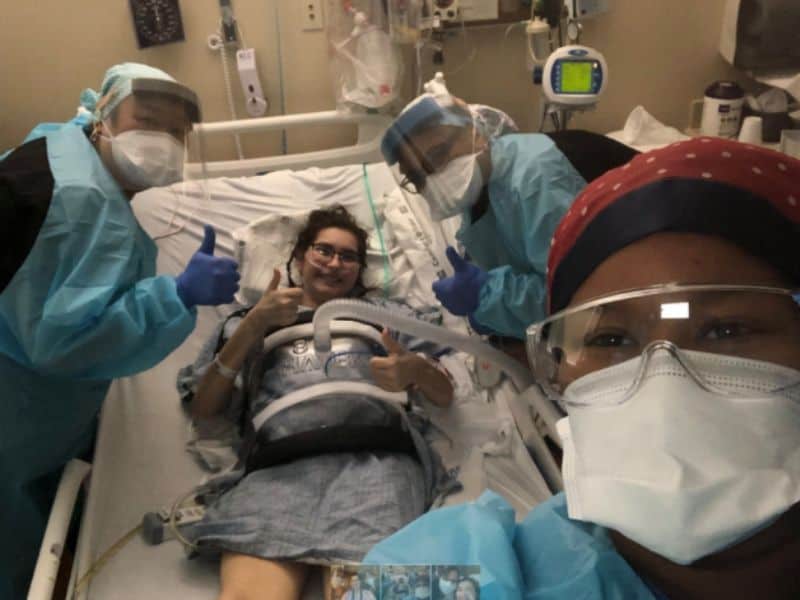 A COVID-19 survivor from Texas can finally go home to her family after 79 days in the hospital. She claims she saw the light of God telling her to wake up from a coma.

Paola Castillo never imagined catching the virus. “Maybe if I would have just listened and worn a mask, just a simple thing, I would have avoided all this,” she said.  “I work at a bank – I’m always around people – but I was like I’m fine, I’m fine. Never did I think I’d catch it.”

But on April 27, her family rushed her to the Medical City North Hills emergency room. She had difficulty in breathing, a cough, and a fever for six days prior.

In the first 24-hours after hospitalized, she got worse and was placed on a ventilator. Hospital staff told her family that she was in a “touch and go” situation.

CBS reported that Castillo remembers only a few moments interacting with the workers during her stay in the ICU. She even thought they were dreams. But there is a dream she claims she will never forget.

“I saw a light. That light was God telling me it was time to wake up,” she said.

Then, she was slowly weaned off of the ventilator. But Castillo found that her physical abilities, including talking and walking, had regressed.

The medical team provided compassion and motivation to Castillo to keep her stay positive during rehabilitation. They even helped her venture outside to feel the rain on her 67th day in the hospital.

On July 3, she finally took her first steps. Days after, the hospital eventually discharged her. Castillo has been negative with the virus ever since.

Dr. Hetal Rana, a physician at Medical City North Hills, shared that Castillo’s recovery encourages her and all the medical team. After seeing many patients die because of the virus, she said Castillo has motivated them once again.

“It just kind of re-energizes you and gives you that sense of what it means to save someone’s life and to help someone overcome such a severe illness like this,” she said.