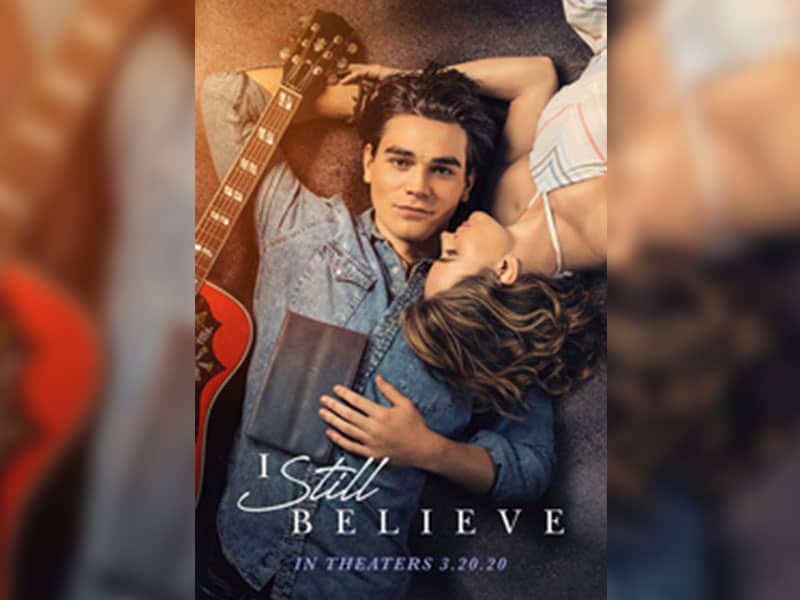 The upcoming Christian movie “I Still Believe” is about to make history in the IMAX screens. It will be the first faith-based film to be aired nationally.

I Still Believe (PG) is about the real life story of the Christian singer Jeremy Camp. It tells of the romance he had with his first wife, Melissa, who died of ovarian cancer. Their love story was the inspiration for the song “I Still Believe.” The film will have its premiere March 11 in IMAX. And will play nationally on March 13 in IMAX theaters.

Kanye West’s 38 minute film Jesus Is King was able to make it to IMAX theaters last year too. However, it is the first time that a full-length faith-based feature film will be in IMAX.

Co-director, Jon Erwin said, “After the success of I Can Only Imagine, our dream has been to expand the possibilities of what faith-based films can become.”

He believes that what they are doing, along with his brother, is a significant step forward for the Christian film genres.

“It’s so exciting to partner with IMAX to immerse the audience in faith and music in a whole new way. It’s a first for a faith film, and we can’t wait for the audience to experience I Still Believe in IMAX,” he told Christian Headlines.

The Actors Of “I Still Believe”

The new film stars well-known actors K.J. Apa of “Riverdale,” “The Hate U Give” as Jeremy Camp and Britt Robertson of “Tomorrowland” and “The Space Between Us” as Melissa Camp. Also, Gary Sinise (Apollo 13), singer Shania Twain, Melissa Roxburgh (Manifest) and Cameron Arnett (Overcomer) have supporting roles.

Currently, the Christian film was deemed No. 1 on Seventeen Magazine’s list of “7 Most Romantic Movies Premiering in 2020.”

“I Still Believe” producer Kevin Downes hopes that the film will reach the younger generation.

“And I believe that this film is going to do that – mainly because the cast is gonna really allow an opportunity for that younger audience. To want to come in and experience an emotional true love story,” he said in an interview with Christian Headlines. “But what’s great is our foundation, our basis, is the Bible.”