I Was Wrong About Heidi Baker | God TV
Articles 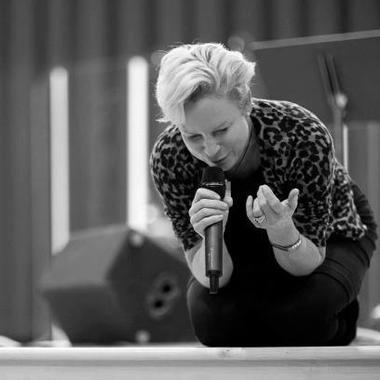 I was a firm believer in Jesus. I’d been baptized in the Holy Spirit and spoken in tongues.  I’d won some souls.  I’d seen some healings. I’d cast out one demon.  I was also student-body President of our college campus ministry.  In short, I felt I was on top of my “Jesus game.”

That is, until one night in my college dorm room, a friend popped this video tape in and a strange woman appeared on the screen.  Her name was Heidi Baker.  She was speaking at a conference in Toronto, Ontario, Canada.  Within minutes, I was greatly offended by her behavior.  I couldn’t say anything seemed wrong with her teaching per se, nor her passionate tears while talking about Jesus.  Still, I didn’t understand why she had to act so weird while ministering!

Often times, in the middle of sentences, Mrs. Baker’s body would jolt sideways.  Her sentences would be interrupted by loud shouts of “whoa!” or “holy!”  She would start laughing for several minutes at a time, seemingly for no reason at all.  Honestly, I thought she was a real cuckoo! I mocked her.  I mean, I had the Holy Spirit, but I didn’t do that!

I scoffingly dismissed Heidi Baker and went on with my life.  That was 2005.

Over the next few years, I went through a broken engagement leading to perpetual sin struggles, shame, and condemnation.  The Lord would do little things to show He was still with me, but much of the power and anointing I once carried in college had lifted.  I wasn’t able to move in the Spirit like I once did.  All that remained were stories of times gone by, and the hope that power might someday return.

Meanwhile, what I didn’t know was Heidi Baker was a full-time missionary, living in the African dirt with thousands of orphans, planting churches, seeing salvations, blind eyes and deaf ears opened, food multiplied, demonic deliverances, all as she fed and clothed the poor most had overlooked.  She did all of this in Jesus’ name.

I also didn’t know that Mrs. Baker held a Ph.D. in theology from King’s College in London, England.  Granted, she didn’t act “dignified” as a western scholar, but apparently she wasn’t without a brain.  In fact, it turned out, she wasn’t a flake-ball at all.  She was just walking in a greater measure of the Spirit than I had personally known.

She’d received that increase at a point in her life she was completely burned out.  In desperation, she flew to a revival in Toronto, Canada to seek Jesus one last time before choosing to hang up her life in missions.  It was there the Holy Spirit radically changed Heidi’s life.  He commissioned her to the nation of Mozambique accompanied by a new level of God’s glory and power.

A TASTE OF GOD’S STRANGE MEDICINE

In the last few years of my life, God has completely restored my life in the Holy Spirit. I stand in awe of the explosion of redemption, salvations, healings, deliverances and power in our midst.  Our own Loft Church was birthed out of that restoration.

In 2017 though, God gave me a taste of His own strange medicine. We had moved into a new building, and I was ministering to people through the laying on of hands in the altars during our “grand opening” service.  That night, something brand new occurred.  Nearly every time I prayed for someone, I was violently “jolted” by what I can only describe as supernatural electricity.  My body gyrated sideways, forward or backward to the point I almost fell to the floor.  On one occasion, I actually did!

People who know me well can attest that I do not fake a supernatural touch for anyone.  Yet, God continued to do this strange and beautiful thing in me. 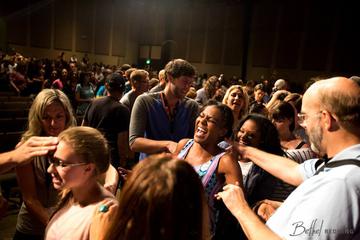 God remembered my scoffing, yet in His mercy He corrected me in an almost humorous way.  He made me experience and do the very thing I once mocked in my arrogance!

That night wasn’t the last time God caused me to shake, rattle, and roll while praying for others either.  Many times since, I’ve even caught myself saying, “whoa!” in reflex to the sudden, uncontrolled power “jolts.”   More importantly, the person I’m praying for us simultaneously hit by the Holy Spirit’s power.  They either fall backwards, receive healing or some type of deliverance.  The fruit of Jesus and His kingdom is readily evident.

My point is this:  I was once spiritually arrogant.  I thought I’d seen it all, experienced it all, and that someone like Heidi Baker was certainly weird because I hadn’t personally partaken of such spiritual manifestations.  Turns out, Heidi was just ahead of me!  Her heart had become totally pliable in Jesus’ Hands.

Ive learned that when it comes to determining whether or not something is a Kingdom of Heaven reality, many make the mistake of believing if they can’t find an example of specific mention in the Scripture, then it’s “unbiblical.”

Literal inclusion in the record is nice when it occurs, but Jesus Himself did many miracles not recorded (John 20:30, 21:25).  So many, in fact, John supposed the whole known world’s libraries couldn’t contain them.  So it’s not necessarily literal inclusion by which we measure truth.  Instead, it’s biblical non-contradiction.  We must never contradict the precepts of Scripture.

However, God’s Spirit has great depths to be explored (1 Cor 2:10).  Jesus desires to take us in, if we’d only stay humble and willing.  If we’d continue to be teachable before Him – if we’d give up carnal mindsets of control.  Then, we’d bear increasing fruit according to His increasing revelation and anointing upon our lives.

So, let the mockers mock.  Only, let me encourage you to not become one yourself.  It cost me years.

For just $100 per month you can bring the gospel to 10,000 homes. Join us as media missionaries! GIVE NOW
VIEW COMMENTS
« Five Lies We Tell Ourselves When Off-Course Courageous Hong Kong Christian Volunteers Mediate Between Protesters And Police »