‘I Will Always Stand with the State of Israel’, Trump Tweets in Hebrew | God TV
Israel 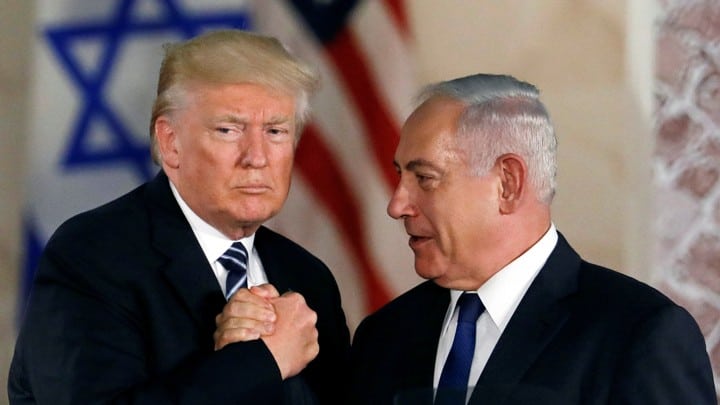 President Donald Trump on Tuesday tweeted in Hebrew his “strong” support for Israel after unveiling the Deal of the Century peace plan together with Prime Minister Benjamin Netanyahu during a special ceremony at the White House.

“I will always stand with the State of Israel and the Jewish people. I strongly support their safety and security and their right to live within their historical homeland. It’s time for peace!” Trump tweeted in Hebrew and then in English together with a map of the diplomatic plan.

In Arabic, he simply tweeted “this is what the future state of Palestine might look like with a capital in parts of eastern Jerusalem.”

“Today, Israel takes a big step towards peace. Young people across the Middle East are ready for a more hopeful future, and governments throughout the region are realizing that terrorism and Islamic extremism are everyone’s common enemy,” he stated at the White House.

“Israel is a light unto the world.  The hearts and history of our people are woven together.  The Land of Israel is an ancient home, a sacred place of worship, and a solemn promise to the Jewish people that we will never again repeat history’s darkest hour,” he added.

For just $100 per month you can bring the gospel to 10,000 homes. Join us as media missionaries! GIVE NOW
VIEW COMMENTS
« Mother Sings ‘Give Me Jesus’ And Baby’s Reaction Is Amazing Defense Minister Establishes Team to Apply Israeli Sovereignty in Judea and Samaria »