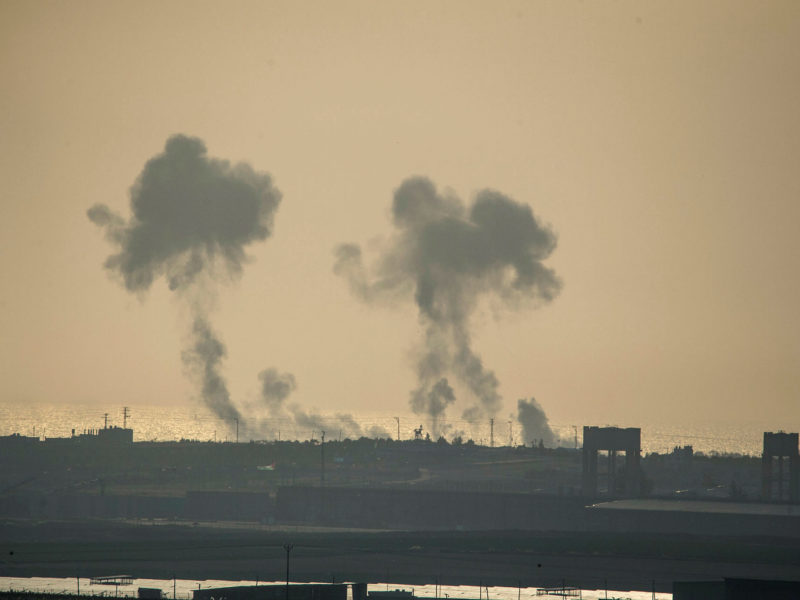 Israel Air Force (IAF) fighter jets attacked a Hamas underground terrorist network in the southern Gaza Strip on Wednesday night, in response to rocket fire from the Gaza Strip earlier in the night.

The rocket, heading towards the Eshkol Region, was intercepted by an Iron Dome defense system

The IDF stated after the strike that “it will continue to operate against any attempts to harm the citizens of Israel and views the Hamas terror organization responsible for everything going on in and coming out of the Gaza Strip.”

There were no reports of Gazan casualties. Gazan sources report that two rockets were fired, and one exploded inside Gazan territory.

The attack occurred just hours after the IDF announced that it had launched its updated air-raid siren system that has now become city-specific. Instead of alerting civilians in a general vicinity of incoming rockets, Israelis will now be alerted only when their exact neighborhood is targeted. This means fewer Israelis will need to run for shelter.

In related news, the IDF’s Coordinator of Government Activities in the Territories (COGAT) announced Wednesday night the imposition of a full naval closure on the Gaza Strip “until further notice” following the continued launch of arson balloons from Gaza at Israel.

The last time Israel was attacked with rockets from Gaza and a full closure was imposed on the Gaza Strip was during the last escalation in the south, about a month and a half ago.

At the beginning of May, Gaza-based terrorists launched 690 rockets into Israeli territory, and the Iron Dome intercepted more than 240 of them. The IDF attacked some 350 terrorist targets. Four Israelis were killed in the attacks.

For just $100 per month you can bring the gospel to 10,000 homes. Join us as media missionaries! GIVE NOW
VIEW COMMENTS
« WATCH: ‘That’s Zionism’: Israelis Return to the Heart of Kfar Hashiloach in Jerusalem United Nations Remembers Anne Frank’s 90th Birthday »