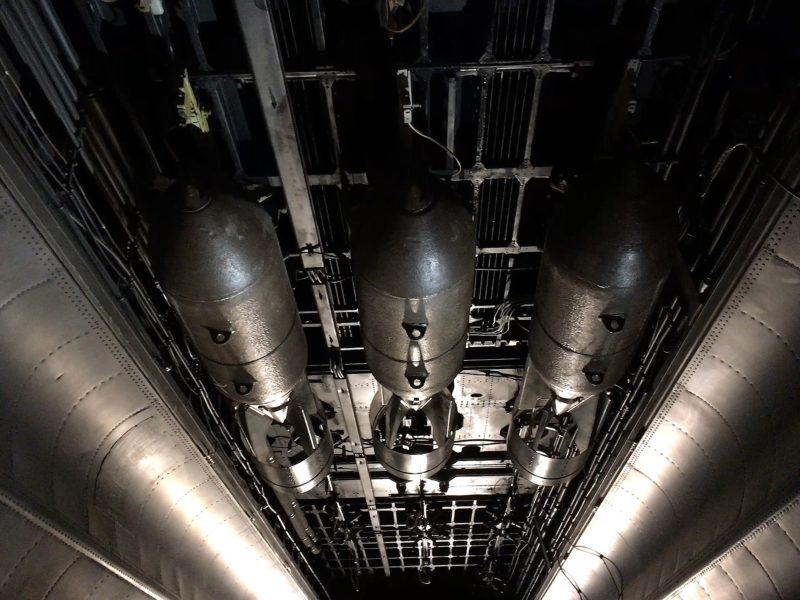 Gaza-based terrorists continued with their bombardment of Israeli cities and towns throughout Saturday night, as the IDF progressed with its phased plan to uproot Hamas’ terror infrastructure.

Hamas and Islamic Jihad terrorists launched about 120 rockets from the Gaza Strip into Israeli territory, including at the Tel Aviv area.11 launches fell in the Gaza Strip. The Iron Dome troops intercepted tens of the rockets.

No significant injuries or damage were reported in the nighttime attacks. Eight people have been killed in the attacks since they began almost a week ago.

The IDF continued with it Operation Guardian of the Walls to decimate the terror organizations’ terror capabilities.

In the last 24 hours, Israeli Air Force (IAF) aircraft have attacked more than 90 Hamas and Islamic Jihad targets throughout the Gaza Strip.

The targets included the homes of Hamas Politburo Chairman Yahya Sinwar and his brother Muhammad Sinwar, who is in charge of the organization’s supply and manpower in Khan Yunis.

The operation against Hamas’ Metro underground city continued, and phase two included hitting about 30 targets with 100 precision munitions. The attacks focused on the northeast and center of the Gaza Strip.

“The systematic attack on the ground tunnel sends down the drain years of work, and sows fear among activists and senior members of the terrorist organization. Hundreds of millions of dollars have been invested in the excavation of the tunnels, each meter of tunnel costs about $500,” said IDF Spokesman Hady Zilberman on Sunday morning.

“We are seeing more and more the fear of activists and officials to get underground. No one wants to take the metro anymore,” he said.

In the last 36 hours, IDF forces have been able to attack about 40 multi-barreled launchers, including 4-9 barrels each, with high barrage launch capabilities.

The attacks were carried out successfully thanks to a new idea developed by officers during the fighting in recent days, which allows for the locating and the destruction of the launchers and launch squads.

IAF fighters further attacked a central bank in the Rimal neighborhood in Gaza, where Hamas’ funds were located, and from which the salaries of its operatives were paid.

Prime Minister Benjamin stated Saturday night that “this past week, millions of Israelis were forced into bomb shelters as missiles rained down on our cities. Several Israelis have been killed. Many more have been wounded. You know and I know, no country would tolerate this. Israel will not tolerate this.”

“Israel has responded forcefully to these attacks and we will continue to respond forcefully until the security of our people is reinstated and restored,” he declared.

“I want to remind the world that in firing on our cities, Hamas is committing a double war crime. They’re targeting our civilians and hiding behind Palestinian civilians, effectively using them as human shields,” he noted.

“As always, Israel is doing everything possible to protect our civilians and keep Palestinian civilians out of harm’s way. We demonstrated this yet again today when we warned civilians to vacate the building used by the Hamas terror intelligence. They vacated the premises before the target was destroyed and that’s why you don’t hear of casualties from these collapsing terror towers because we take special care to avoid these civilian casualties, exactly the opposite of Hamas,” he said.

“No one should have any equivocation about the choice that is so clear here. You cannot equate a democracy that values life with a terror organization that glorifies death,” he underscored.

For just $100 per month you can bring the gospel to 10,000 homes. Join us as media missionaries! GIVE NOW
VIEW COMMENTS
« Experiencing the Father’s Supernatural “Promise” Within You Differences And Conflicts Are Opportunities For Healing And Transformation »