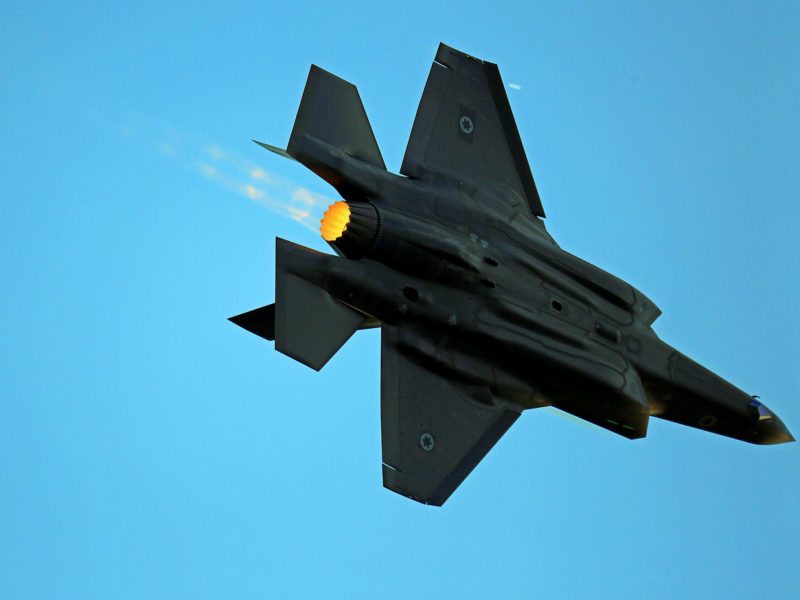 “An unmanned aircraft flying at an irregular altitude was detected over the Gaza Strip. IDF fighter jets were rushed to the scene and they intercepted the drone,” the IDF said in a statement regarding the incident.

It remains unclear who operated the drone and what their intentions were.

The IDF’s policy regarding drones in the Gaza Strip air space is to interfere only if the drones reach the border or otherwise threaten Israeli security. In this case, the irregular altitude of the drone constituted a potential threat, causing it to be intercepted by Israeli jets.

Tensions at the Israel-Gaza border have been high, following several security incidents in recent weeks.

On Sunday, a siren alerting of an incoming rocket attack from the Gaza Strip went off in communities adjacent to the Strip. The IDF determined shortly after that it was a false alarm.

Last week, IDF forces captured two Arabs who infiltrated into Israel from the Gaza Strip. The IDF stated that its forces arrested the two who crossed the fence in southern Gaza into Israeli territory. The suspects were unarmed.

Earlier last week, IDF forces identified and shot down a drone that flew from Gaza towards Israel. No one was injured in the incident.

The IDF did not provide details on the nature or type of the drone or how it was shot down.

For just $100 per month you can bring the gospel to 10,000 homes. Join us as media missionaries! GIVE NOW
VIEW COMMENTS
« Only One Thing Remains Forever Israel Establishes Task Force to Combat Violence in Arab Society »