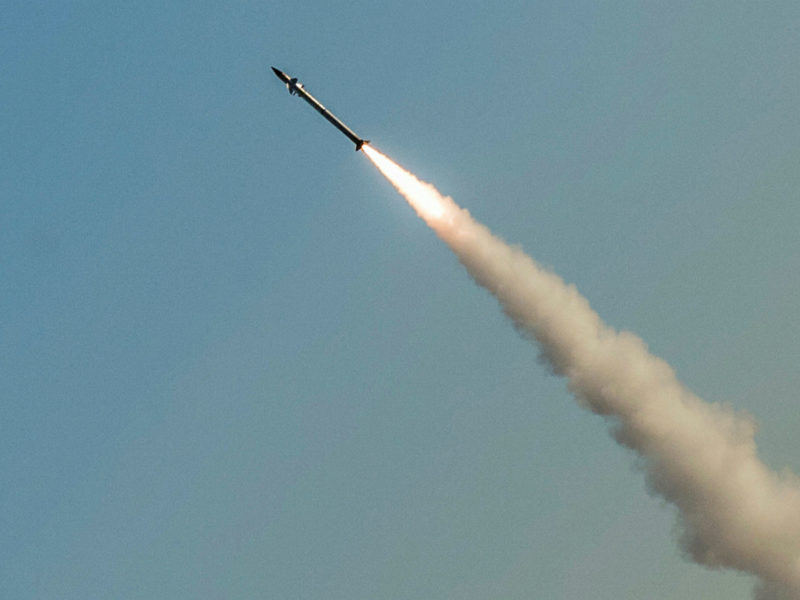 The IDF has warned that it will hold Hamas and Palestinian Islamic Jihad accountable for the Wednesday’s rocket attacks, despite both Gaza factions denying they had been involved.

In a statement, the IDF said “the rocket types fired tonight belong only to two organizations in the Gaza Strip – Hamas and the Palestinian Islamic Jihad.”

“Hamas is responsible for all that is carried out in the Gaza Strip and it will bear the consequences. There is a direct connection between the atmosphere of violence and terror that Hamas creates with terrorist operations during the day and the attacks during the night,” it said. “We are prepared for a variety of scenarios and are determined to continue to carry out its mission to protect Israeli citizens.”

The IDF also confirmed that it hit 20 targets in several rounds of air strikes in response to the rocket attacks. This included a Hamas terror tunnel in southern Gaza as well as several production sites of aerial weapons and rockets.

Both Gaza factions vehemently denied responsibility saying in a joint statement that “it welcomed the efforts of the Egyptians to achieve the demands of our people and oppose all attempts to sabotage these efforts including launching rockets into Israel.”

It added that “quiet would be met with quiet.”

Palestinian media affiliated with Islamic Jihad also said that the Egyptian Intelligence Delegation in Gaza has been holding talks with leaders of the Gaza factions on Wednesday morning to ensure quiet and prevent further rocket fire.

Overnight on Wednesday, a rocket was fired from the Gaza Strip and directly hit a home in the southern Israeli city of Beersheba. Following the attack, Israel Police officers who arrived first at the scene said that they had to rescued a mother and her three children from the collapsing house. Police sappers evacuated the rocket parts from the scene. A second rocket, believed to be long-range, landed in the sea in Central Israel.

In response, Eshkol Regional Council head Gadi Yarkoni told Ynet on Wednesday morning: “We expect the cabinet and the army not to change their agenda and to adopt a policy of firm response to the ongoing terror attacks on the communities surrounding the Gaza Strip.

“For over half a year, explosive devices are thrown into our territory and burning by means of balloons, tires burn and suffocate the residents, and every now and then there is a random shooting, and we demand that the cabinet act decisively in any way that will put an end to this reality,” he said.

A security cabinet meeting with Prime Minister Binyamin Netanyahu, Defense Minister Avigdor Liberman, the heads of the NSC and Shin Bet, and the Deputy Chief of Staff, will be held later on Wednesday to discuss the Gaza escalation.

Mara Vigevani contributed to this report.

For just $100 per month you can bring the gospel to 10,000 homes. Join us as media missionaries! GIVE NOW
VIEW COMMENTS
« Hanegbi: We Have Nothing To Gain From War With Gaza Pastor’s Kid Vowed ‘I’ll Never Be A Christian.’ Now, His Music Is Inspiring Millions »