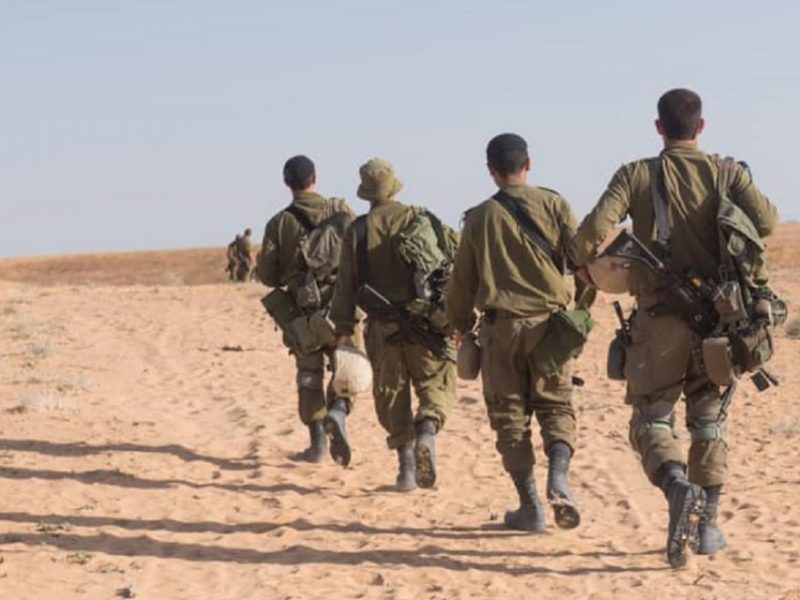 IDF forces on Thursday captured two armed terrorists who crossed from the Gaza Strip into Israel and attacked the soldiers who came to stop them.

The IDF stated that it identified two suspects who crossed the perimeter fence in the northern Strip. The suspects threw an inactive grenade at the forces but it did not explode.

IDF forces by firing and arresting the two suspects.

The terrorists were found to be armed with a knife, wire cutters and another inactive grenade.

There were no casualties in the incident.

A similar incident occurred on Wednesday when IDF troops arrested a man who crossed into Israel from Gaza. He was found to be unarmed.

Infiltration attempts on the border with the Strip happen several times a week, usually by Gazan Arabs seeking work in Israel. However, the Israeli forces treat each such incident as a potential terrorist attack.

For just $100 per month you can bring the gospel to 10,000 homes. Join us as media missionaries! GIVE NOW
VIEW COMMENTS
« “Follow Your Heart” to the Movies New York Pastor Calls For A Prayer Meeting On 400th Anniversary Of Pilgrims’ Covenant With God »