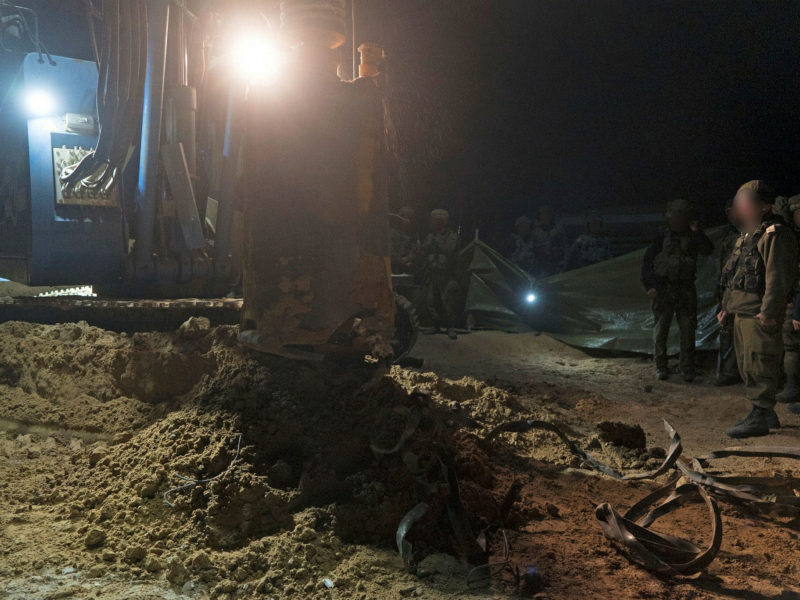 The IDF exposed a cross-border terror tunnel running out of the Gaza Strip and penetrating into Israeli territory, the army stated Monday evening.

While building an underground security barrier around Gaza to counter the tunnel threat from Gaza, the forces exposed the tunnel, which was planned to target the Eshkol region.

The IDF is currently studying the tunnel, it said. No further details were provided.

“The tunnel does not represent a threat and it is being taken care of by the IDF,” a spokesperson for the Eshkol region stated after the exposure.

This was the 18th such tunnel exposed by the IDF since the end of the counter-terrorism Operation Protective Edge in Gaza in the summer of 2014. The five-year anniversary of the commencing of the operation, marked on Monday, coincided with the exposure of the tunnel.

Hamas built a sophisticated network of tunnels that it used in the summer of 2014 to penetrate Israel and carry out terrorist attacks against civilians and soldiers.

The IDF destroyed some 30 tunnels, the majority, during Operation Protective Edge, but Hamas has since been working to rebuild the network.

“Cost of tunnel = cost of 2 new schools = cost of 30 new homes. Hamas consistently makes the wrong choices for the people of Gaza. Heartbreaking,” US Ambassador to Israel David Friedman tweeted in March after touring a terror tunnel.

For just $100 per month you can bring the gospel to 10,000 homes. Join us as media missionaries! GIVE NOW
VIEW COMMENTS
« Ramallah Source: ‘Bahrain Summit Shocked PA, Abbas Rethinking Ties with US’ A Simple Guide To Finding Peace In The Middle Of Life’s Storms »