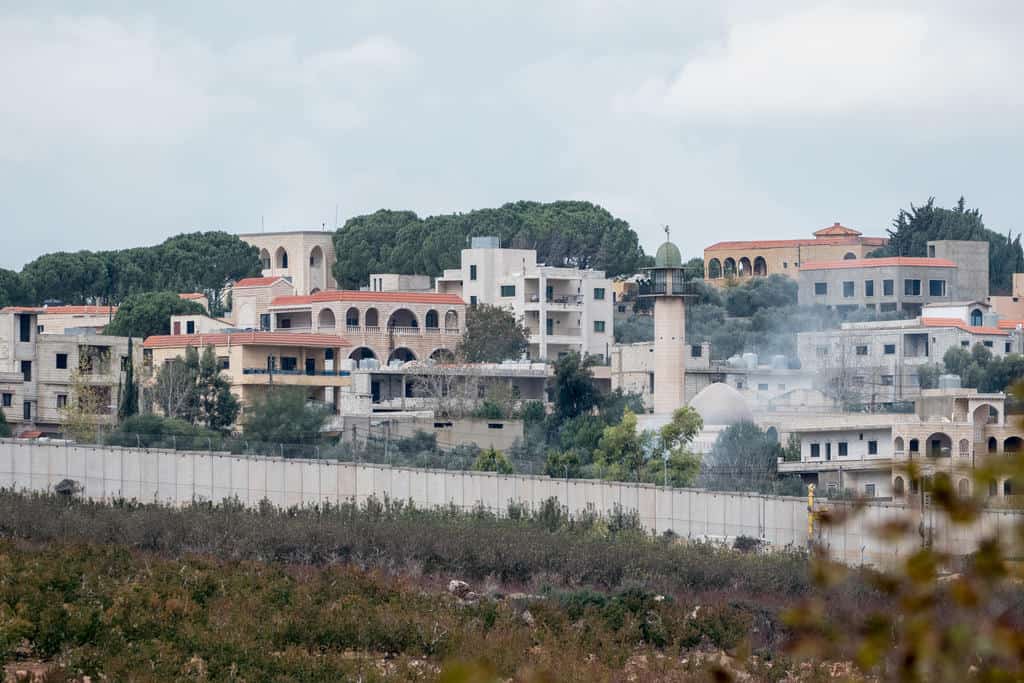 The IDF exposed Hezbollah’s ties to a well-known drug trafficker in southern Lebanon and the way he helps the terror group smuggle drugs and weapons into Israel, while exposing the identity of one of its commanders.

IDF Spokesperson for Arab Media Avichay Adraee unveiled on Monday a method of smuggling drugs and weapons into Israel on the Lebanese border, under the auspices of Hezbollah, from the house of Hatem Sheet in Kafr Kila.

Hasan Sareini, nicknamed Abu Muhammad, who is considered an assistant to notorious Hezbollah commander Hajj Khalil Yusif Harb, manages the smuggling operations on the Lebanese border, and has ties with Sheet.

Sheet, a Lebanese Shiite, known as a prominent drug dealer in southern Lebanon, operates a smuggling network from inside his home in Kafr Kila, with the approval and sponsorship of Hezbollah. From the balcony of his house, which overlooks Israeli territory, he makes smuggling attempts by dropping drugs and weapons along the border.

Sheet conducts reconnaissance work from his balcony to gather intelligence and learn about the movement of IDF forces in the vicinity. Sheet then communicates with Israeli smugglers through various communication applications such as Telegram to coordinate the date for a smuggling operation.

Sheet uses couriers to reach the transfer point and throw the contraband, drugs or weapons, over the border fence, while he monitors the operation from his home and guides the Israeli smugglers to help them evade Israeli forces operating in the area.

For the first time, the name of Hasan Sareini is revealed, Adraee pointed out.

He further noted that in recent weeks, the IDF and Shin Bet security agency uncovered a number of Hezbollah drug and weapons smuggling networks led by Harb.

Most recently, at the end of March, the IDF and Israel Police were successful in thwarting the largest arms smuggling operation from Lebanon into Israel in history and seized 61 weapons and drugs with a total value of approximately NIS 3,500,000. Three suspects, Arab residents of the town of Tuba Zangaria, were arrested during the bust.

From the beginning of the year in a period of only three months, the police have thwarted four smuggling attempts from Lebanon, during which 120 weapons were seized.

The Hezbollah terror organization has been previously exposed to be behind the smuggling of weapons and drugs into Israel. The drugs are grown or produced in southern Lebanon and Syria, and are distributed to points in the Middle East and around the globe, one of the operations Hezbollah runs to fund its terror activities.

“The security forces will continue to work by all means to protect border security and to thwart any attempt to harm the sovereignty of the State of Israel,” Adraee declared.

Harb is a member of Hezbollah’s Unit 133, and was the mythical commander of Unit 1800, which was involved in “Lebanon-Palestine Operations” and was responsible for terror attacks on Israel. Unit 1800 was dismantled over a decade ago and was subsequently replaced by Unit 133.

Harb was appointed by Hezbollah to assist Unit 133 and may have even been appointed as its commander.

The Israeli Alma Research and Education Center explained that Harb’s primary objective today is to strengthen Hezbollah’s collaborators and build terror infrastructure inside Israeli territory. Among other methods, he is trying to do this by rehabilitating the weapons and drugs smuggling infrastructure on the border with Israel, in cooperation with the crime families in southern Lebanon, which he has known well since his days as commander of Hezbollah’s Unit 1800.

Rewards for Justice (RFJ), the US State Department’s national security rewards program, has placed a $5 million prize for a tip on Harb. He is described as a close adviser to Hezbollah Secretary-General Hassan Nasrallah, and has served as the group’s chief military liaison to Iranian and Palestinian terrorist organizations.

Since 2012, Harb has been involved in the movement of large amounts of currency to Hezbollah’s allies in Yemen.

In August 2013, the Department of the Treasury designated Harb as a Specially Designated Global Terrorist.