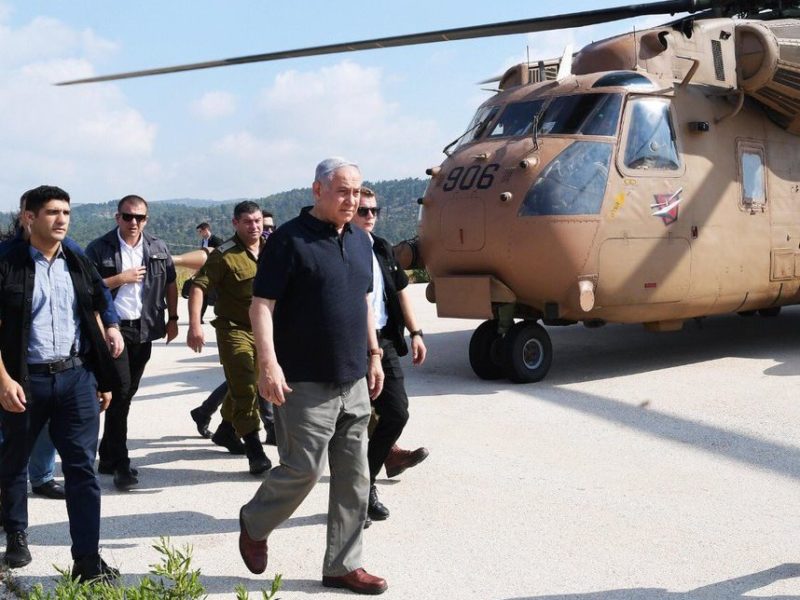 The large-scale military exercise began on Sunday and will end on Thursday, and is taking place in various parts of the country, including the Jordan Valley, the Upper Galilee, Nahariya, the Sea of ​​Galilee and the Golan Heights.

The drill is intended to maintain the readiness of the forces, the IDF stated.

Netanyahu was briefed on the exercise and spoke with soldiers and commanders who participated in it.

He said he was “very impressed by the improvement in readiness, by the fighting spirit of the soldiers and commanders, and mainly by the destructive power of the IDF.”

Expanding on this matter, he issued a direct threat to the various terrorist elements on Israel’s borders.

“I hear our neighbors from the north, south and east threatening our destruction. I say to our enemies: The IDF has very great destructive power. Don’t test us,” he stated ominously.

While attempting to deter a potential attack on Israel by its neighbors, Netanyahu also underscored the growing ties Israel is secretly maintaining with Arab countries in the region.

Speaking at the memorial ceremony for the fallen of the Altalena, at the Nachalat Yitzhak cemetery in Tel Aviv, he said that Israel is “holding open and secret contacts with many leaders of the Arab world and there are ramified contacts between the State of Israel and Arab countries, with most of the Arab countries.”

At the start of next week, Israel will host what Netanyahu termed as “a historic and unprecedented” meeting in Jerusalem between the national security advisers of the US, Russia and Israel.

“This is a very important summit for ensuring stability in the Middle East during turbulent times,” he said.

“What is important about this trilateral meeting, of the two superpowers in the State of Israel is that it greatly attests to the current international standing of Israel among the nations,” he added.

For just $100 per month you can bring the gospel to 10,000 homes. Join us as media missionaries! GIVE NOW
VIEW COMMENTS
« Fmr. IDF General: Iranian Downing of US Drone an Unprecedented Escalation ‘Life Feels Happier and Better in the Holy Land’: NFL Star Deshaun Watson Visits Shiloh »