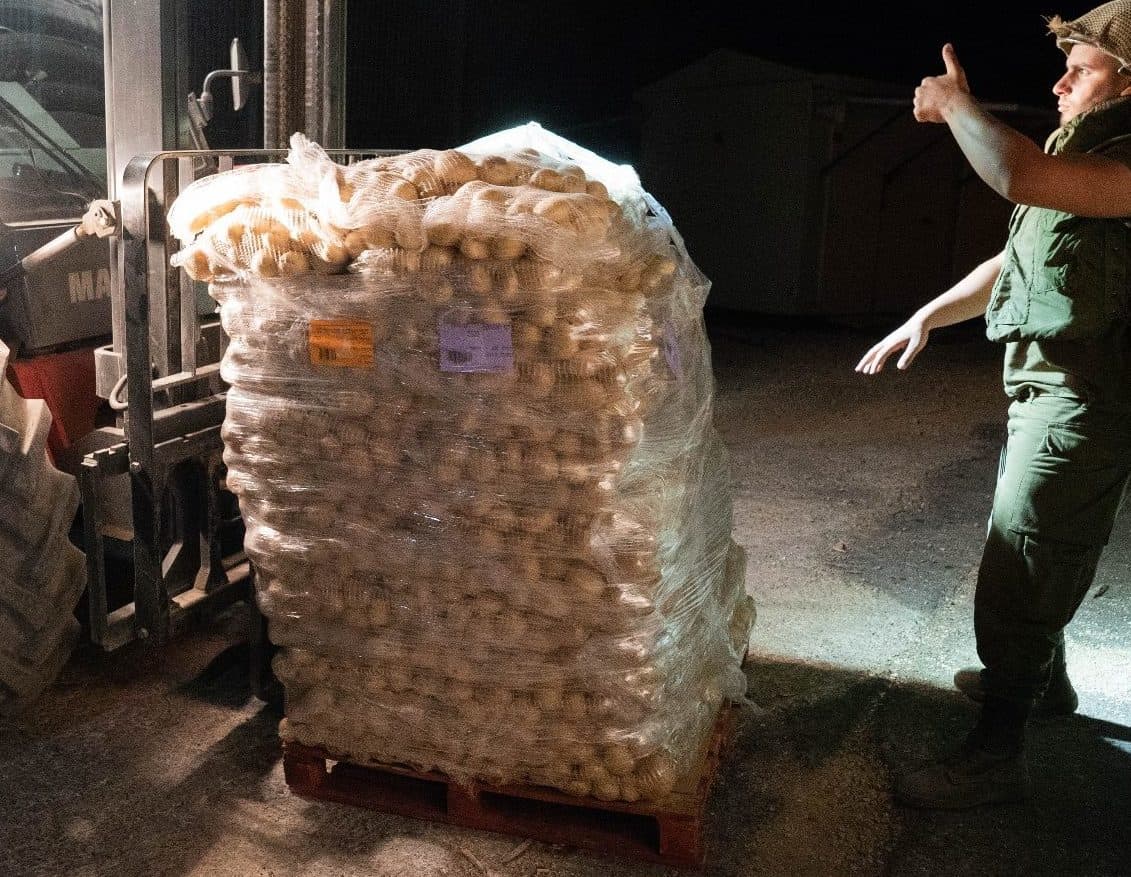 The IDF’s Bashan division carried out six special operations over the past two weeks in which it transferred food and supplies to makeshift refugee camps along the Syrian border. Thousands of Syrian refugees began amassing on the border, with no access to food, water or electricity, following a massive Syrian military offensive in the Daraa province that began in early July .

The IDF said it had transferred a total of 72 tons of food, 9,000 liters of fuel, and 70 tents, as well as clothing and medical supplies.

“The IDF will continue to monitor the events in southern Syria, and is prepared for a wide range of scenarios, including granting the Syrians humanitarian aid,” an IDF statement read,  adding that “the IDF will not allow the entry of Syrians into Israeli territory, and will continue to maintain the security interests of the State of Israel.”