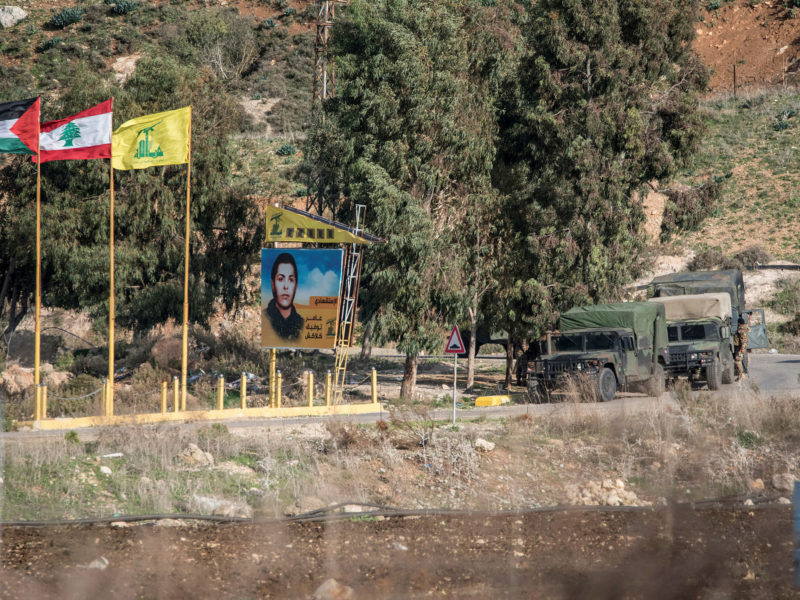 Israel’s security forces along the northern border with Lebanon remain on high alert after the Hezbollah terror organization carried out an attack on IDF targets on Sunday, and in anticipation of another pending attack.

Hezbollah terrorists on Sunday fired several anti-tank missiles from Lebanon, hitting an IDF military outpost and a military ambulance driving on the border, near Avivim.

An Israeli Air Force (IAF) helicopter fired at the Hezbollah squad responsible for the attack and the IDF artillery fired some 100 shells at various targets on the border.

No Israelis were injured in the attack. The IDF displayed footage of a medical evacuation of two soldiers, but it later became apparent that the evacuation was a deception to lead Hezbollah to believe that it inflicted injuries on IDF troops and that its attack was successful. The two “wounded” soldiers were released from the hospital shortly after they were admitted.

“The fact that Hezbollah succeeded in realizing the attack, but without casualties, is a worthy operational achievement,” emphasized IDF Spokesman Brigadier General Ronen Manelis. “This was the goal and we met it.”

“It must be said that at this stage, Hezbollah has implemented the attack but not the intent of the attack. On the one hand, we have succeeded in our operational achievement, and on the other, we are not resting. We are prepared for any development.”

He stated after the attack that Israel “will decide on the next steps pending developments. At this time, I have an important announcement: We have no casualties – not even a scratch.”

Hezbollah announced that it has destroyed an IDF vehicle that was in movement along the border. It described the attack as “a planned and quality” strike and crowned it as a victory.

The terror organization further said that the “Hasan Zbeeb and Yasser Daher’s Brigade” carried out the attack. Zbeeb and Daher were killed during an IAF strike on an Iranian terror target in Syria last Saturday.

Hezbollah’s Deputy Secretary-General Sheikh Naim Qassem stated after the attack that it was aimed at “maintaining deterrence against the Zionist enemy, asserting that the ‘eye for an eye’ retaliation principle is being applied.”

Hezbollah has threatened to attack Israel after the IDF allegedly attacked Hezbollah targets in Beirut with drones last Saturday night. Their target was reportedly unique equipment needed for Hezbollah’s program to upgrade its missile arsenal to accurate projectiles.

It is estimated that Hezbollah will carry out another attack on Israel. similarly, Iran has threatened to attack Israel in response to its strike on Iranian targets in Syria last month.

President Reuven Rivlin warned Sunday evening that “all those who seek to harm us should know that we are ready and willing to defend Israel’s citizens wherever they are, without hesitation. We also say to them that we are prepared and do not want to show just how well-prepared we are. You should know that the border can only be quiet if it is on both of its sides.”

For just $100 per month you can bring the gospel to 10,000 homes. Join us as media missionaries! GIVE NOW
VIEW COMMENTS
« Brad Pitt Makes An Appearance At Kanye’s Sunday Service In Search Of The Best College For Me: Abilene Christian University »