IDF Report: COVID-19 In Israel Back On The Rise | God TV
Articles 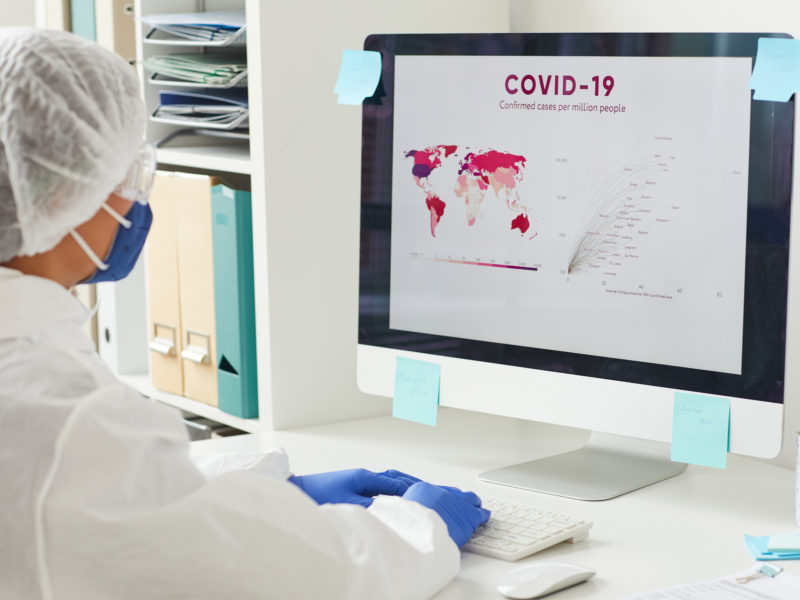 Coronavirus (COVID-19) morbidity indices are very high in Israel and the coefficient of infection (R) has increased again, an IDF report shows.

The report, published Tuesday, showed that after several days in which the R was below 1, it rose steeply to a value greater than 1, meaning that it is spreading again.

The report further noted that the increase in the R coefficient reflects events that occurred about a week or more ago.

The IDF recommends extensive vaccinations, praying in the open air during the High Holidays as much as possible, along with strict enforcement and punishment as means to combat the further spread of the virus.

The report further warns of an increase in severe illness among unvaccinated young people, and especially in unvaccinated people under the age of 60. At present, most patients in critical condition are not vaccinated, even though they constitute a significant minority of the population in Israel.

The report again stressed the significance of the third Pfizer-developed booster vaccine. Only a low percentage of the younger Israelis received the vaccine.

Addressing the Knesset’s Constitution Committee on Tuesday, Health Ministry Director-General Professor Nachman Ash said that he had hoped to see a clearer decline in COVID-19 stats, that the fourth wave of Corona in the country broke records, and that there has been a recent increase in the number of patients on life support.

“In the overall picture, it is not possible to say that there is a clear decrease in morbidity,” said Ash.

The Ministry of Health updated Tuesday that it recorded a high number of 10,556 new cases in the past 24 hours.

An extremely high number of 178,000 tests were performed Monday, of which 5.93% returned positive.

The number of patients in critical condition is 687, of whom 189 are on life support.

For just $100 per month you can bring the gospel to 10,000 homes. Join us as media missionaries! GIVE NOW
VIEW COMMENTS
« Divorced Couple Remarries After Giving Their Lives To Jesus God’s Word For You Today: He Is Near »