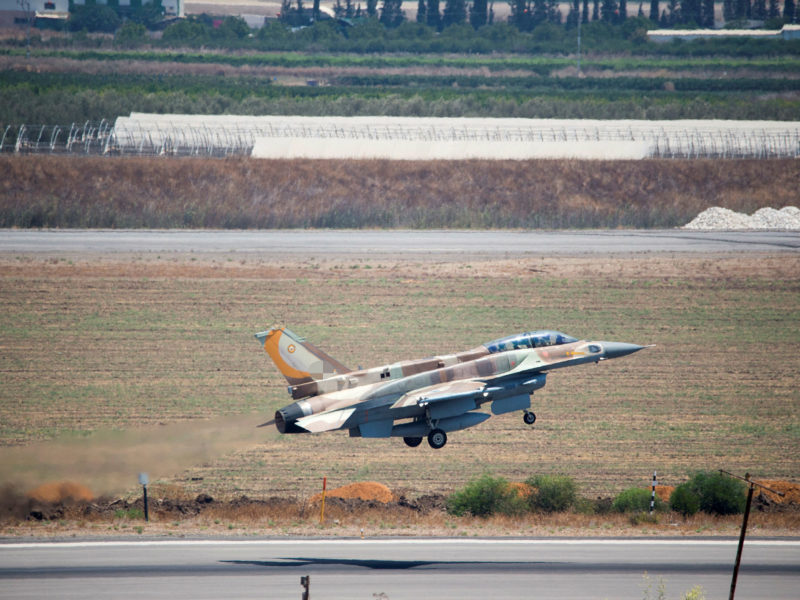 The IDF revealed Tuesday that it has carried out roughly 200 strikes in Syria over the past year and a half. According to the IDF, the attacks made use of over 800 missiles and bombs that were dropped on selected sites, mostly from fighter jets.

The revelation was made as part of a special assessment of the IDF’s readiness to deal with security threats, which IDF Chief of Staff Maj. Gen. Gadi Eisenkot presented to Israel’s Security Cabinet on Tuesday. Aside from the aerial strikes against Hezbollah and Iranian targets in Syria, methods of cyber warfare were also employed, but their details remain classified. The document also stated that the IDF commanders are pleased with the increasing American involvement in the region to prevent the establishment of a Shiite axis in Syria.

As for the situation on Israel’s southern front, the document reveals that the IDF assesses that a military conflict with Hamas in Gaza is far more likely than a ceasefire deal which would also lead to disarmament and rehabilitation of the Gaza strip. However, the IDF assures it is prepared for such a situation.

“The IDF is at a high level of readiness for war in any scenario,” Chief of Staff Eizenkot wrote in the conclusion of the document. “As the person responsible for the military’s preparedness for war, I can say that the IDF is prepared for any mission required. [It is] a military with aerial and intelligence superiority, ground capabilities and a rich operational experience.”

For just $10 per month you can bring the gospel to 1,000 homes. Join us as media missionaries! GIVE NOW
VIEW COMMENTS
« On Gazan and Egyptian Borders, Israeli Communities Thrive In The Face Of Rocket And Arson Attacks Israel’s Population Hits 8.9 Million, on Eve of Jewish New Year »