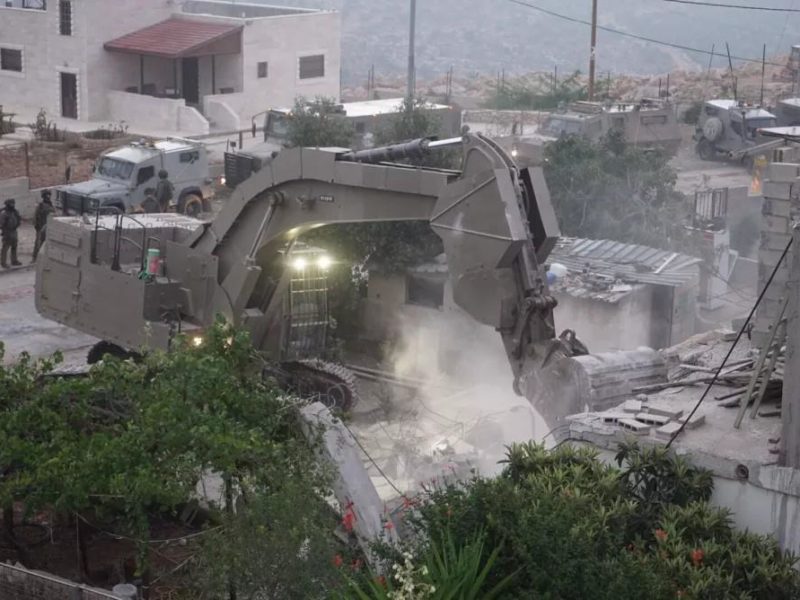 The IDF will demolish the home of the terrorist who murdered IDF soldier Ronen Lobrasky, which had already been demolished by the IDF in December 2018 and was subsequently rebuilt.

Islam Yusuf Abu Hamid killed IDF soldier Ronen Lubarsky by throwing a marble slab on him during an IDF operation in Ramallah in May 2018. He has since been captured and sentenced to life in prison, and his home was demolished.

The IDF razed his home as per its policy to deter future terror attacks.

However, Jamal al-Muheisen, a senior Fatah figure, announced in January that Palestinian Authority (PA) head Mahmoud Abbas ordered the rebuilding of the apartment in which I Hamid lived.

At a meeting on the subject in Ramallah in December, al-Muheisen stressed the need to speed up the restoration of the apartment to its previous state. He reiterated that the PA and Fatah would remain loyal to the Shaheeds, Muslims killed while attacking Israelis, as well as the incarcerated terrorists and all their families, until the “establishment of the state of Palestine.”

He also said that Fatah would continue to rebuild the houses destroyed by the IDF in Jerusalem, Jenin, Shechem (Nablus), Gaza and Hebron.

The Meir Amit Intelligence and Terrorism Information Center, which wrote an extensive report on the phenomenon, said that “the rebuilding is an act of defiance to challenge the deterrent message Israel sends by destroying the houses.”

The IDF announced Tuesday it was preparing to demolish Hamid’s home again, as well as other terrorists’ home demolished and then rebuilt.

The Be’Tsalmo human rights organization praised the IDF’s announcement and said that the destruction of terrorists’ homes is “a life-saving deterring action of the first degree.”

For just $100 per month you can bring the gospel to 10,000 homes. Join us as media missionaries! GIVE NOW
VIEW COMMENTS
« Dismantling The Tree of Knowledge Of Good And Evil – Within Erdogan: ‘The Jerusalem Issue is Not a Palestinian Issue but a Muslim One’ »