You Believe In Your Computer, Smart Phone And The Cloud, But What About God? | God TV
Articles 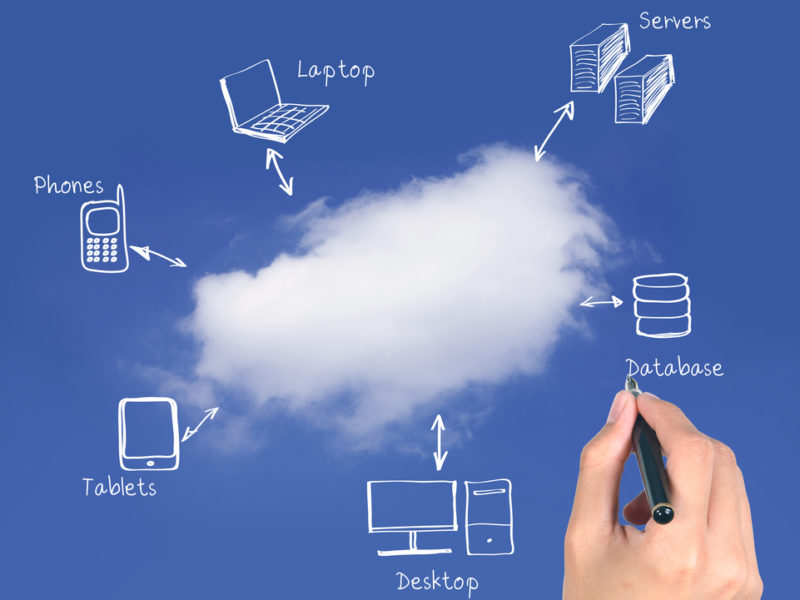 If you don’t believe in Heaven realise that: if a computer is hooked up to a network, even if it is destroyed, its files could have been saved. Our brains are computers and they are networked, that much we know, because we can talk to one another! So, if you want your file/essence/consciousness… whatever makes you, you (individually and soul-ly) if you want your very soul to be saved – like in the Cloud, for instance, in Heaven… you need to talk to the Server, Jesus Christ… and the Lord of Hosts [the Host] God!

And if you don’t believe in God, please realise that all of reality, all of matter is composed of energy. So, if a video-game character were to become self-aware: this video game character would eventually employ, science (study by observation and investigation) to come to understand that he, too existed in a world: entirely composed of energy.  That all matter is composed of energy and if he were to become self-aware, he would eventually come up with theories like gravity. But gravity itself would remain a theory, because he would never see the strings holding matter to matter, energy to energy, reality to reality.

Some dreams have gravity, others do not. It is also worthy to note that we exist entirely in a reality composed of energy and the laws of physics remain constant on a macroscopic/ grand scale. However on the sub-atomic level, energy: like quarks and electrons pop in and out of existance and exist only in probabilities as though they are connected to other “strings” like string-theory and only come into our perception of existence as they pass through our understanding of time and space, just like electrons passing through a circuitboard creating the reality of a program or electrons passing through a system of neurons / brain creating the reality of a dream.

Now,  we exist in a reality entirely made of energy and we too have employed science…to draw theories: gravity, magnetism, sub-atomic forces and entangle particles. All of which remain theories to this day because we don’t see the strings holding matter to matter, energy to energy and reality to reality.

The most fascinating of these is: quantum entanglement! We communicate instantaneously, telepathically across, space, making space itself irrelevant.  (The communion of the saints) You could hear one another instantaneously on opposite sides of the planet/solar-system/galaxy/or… even millions of billions of light years away… because there is no signal!

Watch “Through the wormhole with Morgan Freeman”. I believe this is not only mind-blowing. I believe it proves something.  To understand this: I like to once again imagine the illustration of two video game characters on a screen: imagine a Mario and Luigi on a screen. Mario moves right: Luigi moves right. Luigi moves left: Mario moves left = they are entangled. Now, they can search forever throughout Super Mario World and never find a reason for this!

There is no signal going from Mario to Luigi. – no string connecting Luigi to Mario. Thats just the way it works (to them.) Now we exist on a higher plane, and see they both exist inside and are governed by the same system.

What happens if you move Luigi to a separate monitor? Well, now, even though the two occupy different realms of space, they still move entangled in co-operation with one another: proving they are governed by and exist within the same system!

What happens if you now cut the chord running to the separate monitor? One of three things is likely to occur. Luigi could:

BUT, what if none of these things occur? What if he remains entangled with Mario? One moves right: the other moves right and vice-versa? Let’s say you even ran the entire gamut of electro-magnetic spectrum. There are no light waves, sound-waves, radio-waves, no wi-fi. Even if you do not see the connection, if they are still entangled, you know it’s not magic. It’s science so they are still both governed by the same system.

Even if the system is larger than you previously conceived, so, if your particles are entangled with my particles instantaneously across space, even with no signal, what does that prove?

It proves we all exist inside the same system. God is the Creator of all things in whom all things exists, without which nothing can exist. And I believe science just proved God exists. Furthermore, the fact that the entire universe (all matter and dark matter organises together) looks like a giant system of neutrons: the universe looks like a giant brain.

I don’t believe that’s a coincidence. I believe that’s God smiling and nodding at the concept of Intelligent Design. Furthermore, if you need more evidence, the Bible tells you the truth. Don’t believe lies about it. Read it for yourself and know God loves you! The only thing that works for us is love. If you still don’t believe in God I respect you regardless of your beliefs! Thanks for being tolerant, by the way,

This article was written by Christopher Rains of Handshake of Hope. The views and opinions expressed here are those of the author and not necessarily the opinions of GOD TV.

For just $100 per month you can bring the gospel to 10,000 homes. Join us as media missionaries! GIVE NOW
VIEW COMMENTS
« It’s Time To Plow Through In The Start of This New Year The Slothful Vs The Diligent. It’s Time To Execute! »