Home Articles In An Act Of Anti-Semitism, Scientific Study From Ariel University Is Rejected Because Author Maintains It Is From ‘Israel’

In An Act Of Anti-Semitism, Scientific Study From Ariel University Is Rejected Because Author Maintains It Is From ‘Israel’ 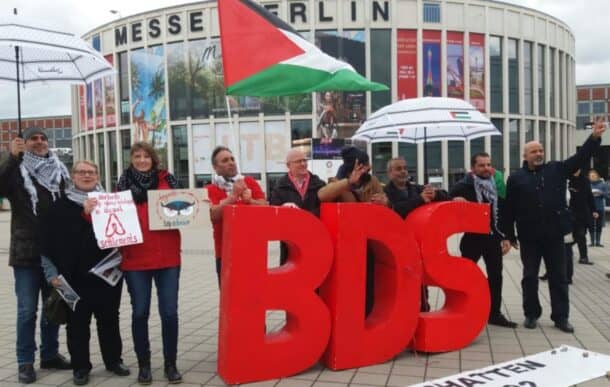 An international science journal has rejected a study by an Israeli doctor because she refused to remove “Israel” from the address of Ariel University, which is located in the West Bank and is considered by some as a “settlement.”

Dr. Mindy Levine submitted a study that was set to be published in the January 2021 edition of the journal “Molecules.”

However, a group of anti-Israel chemists from around the world, led by Prof. George Smith, winner of the 2018 Nobel Prize in Chemistry, and Prof. Malcolm Levitt, a Fellow of the Royal Society, lobbied for the address to be changed to: “Ariel University, illegal Israeli settlement of Ariel, Occupied Palestinian Territory.”

The group is called No Academic Business as Usual with Ariel University (Chemists are not known for their creativity!)

“All we asked in the original petition was for Professor Levine to correct the address of her university to comply with international law: Ariel is an Israeli Jewish settlement in Occupied Palestinian Territory, not a town in Israel,” Smith said. “Sadly, she has refused, effectively choosing pro-occupation propaganda over her own academic freedom and the larger interest of the global science community in unfettered publication of scientific ideas and results.”

Actually, this a lie. Ariel is not in Palestine territory according to international law. There is no nation, and never was, called Palestine. It is in disputed terrorist won by Israel after Jordan attacked us in 1967. (read more here: www.roncan.net/Israel48)

Levine, an Israeli immigrant from the United States, worked at the University of Rhode Island, Columbia, MIT among other prestigious universities before moving to Israel. Adam Keller, spokesperson for the Gush Shalom movement, said it is a shame that Levine is throwing her career away to work at “a university in occupied territory.”

“Whatever one thinks of the politics, ‘Ariel, Israel’ is indeed the correct mailing address, as one can discover by sending a letter. The purpose of a contact address to allow communication with the author has been turned into a geopolitical judgement by chemists unqualified to make it,” he said.

He noted that the magazine has published papers from authors in other contested areas.

“Now, Molecules must revises its policies for several territories, or stick with a Jewish-only double standard,” he said.