In Jerusalem, Dozens Of Religious Leaders Call For Peace In Ukraine 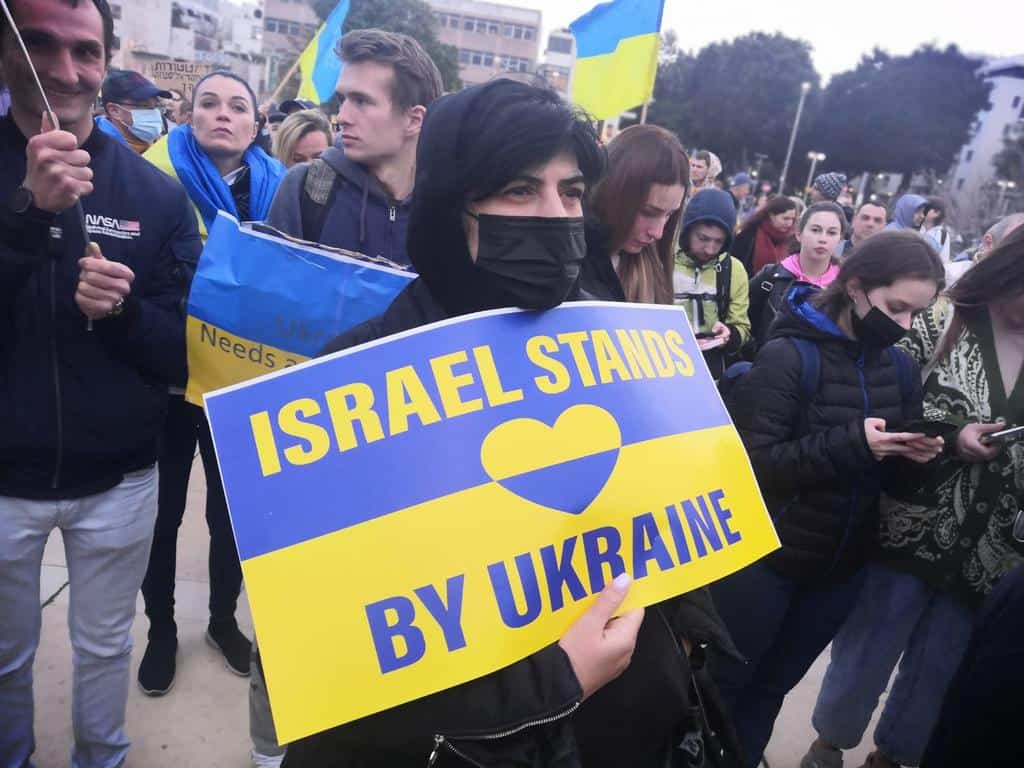 Dozens of religious leaders gathered at the Moskva Square at the center of Jerusalem and publicly called on Patriarch Kirill to use his position as head of the Russian Orthodox Church to bring peace to Ukraine.

The Christian, Druze, Jewish, and Muslim leaders gathered in front of the Russian Orthodox Cathedral of the Holy Trinity and called for peace for Ukraine.

This gathering follows the delivery of a letter earlier this month to Russian Orthodox Patriarch Kirill, calling on him to speak with President Putin to seek peace. The letter was signed 150 Jerusalem and global religious leaders and clergy, including Latin Patriarch of Jerusalem Pizzaballa, Cardinal Christoph Schönborn, Swami Rameshwarananda Giri, Venerable Dharmakosajarn, Imam Mustafa Ceric and Rabbi Michael Melchior.

The religious leaders, representing many faiths and traditions around the world, expressed their deep concern with the war and affirmed the key role religious leaders can play in promoting peace between Russia and Ukraine.

“At a time when everything hangs in the balance, we must not assume that political and military leaders alone will be able to defuse this crisis. As Putin has put Russia on nuclear alert, it is a key time for religious figures worldwide to advocate for peace,” the group stated.

“This is a moment when religious leaders should raise the banner of peace and do everything in their power to promote it,” said Rabbi Yonatan Neril, director of The Interfaith Center for Sustainable Development.

The Difference Between Holiness and Righteousness