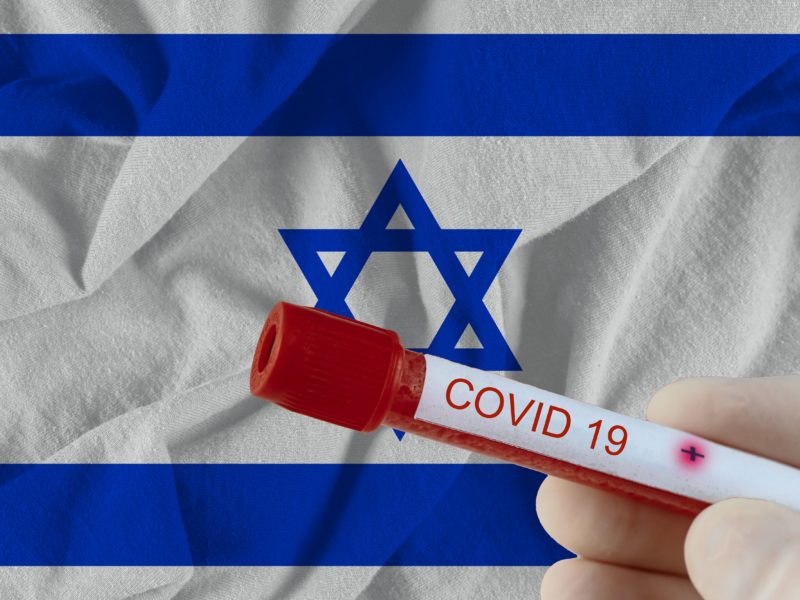 The ministerial committee on fighting the Coronavirus (COVID-19) decided on a list of new restrictionsת in an attempt to stem the skyrocketing new daily COVID-19 cases and in a last-ditch attempt to prevent a countrywide lockdown, Israel’s fourth.

The committee stated Tuesday evening that the additional restrictions decided upon come alongside a clear call to the public: “the Delta pandemic is much more infectious and is leaping ahead around the world. Avoid gatherings, and go get vaccinated – now. Otherwise, there will be no alternative to imposing sharper restrictions, including lockdowns”.

Indoor restrictions and guidelines were expanded to all indoor public spaces, and outside, it is required to wear masks in spaces in which there are gatherings of more than 100 people.

Government ministries will shift to a work footing of 50% presence in the ministry, and the committee likewise recommended that the private sector shift to work from home.

“The public is called on to understand the situation and, therefore, to stop shaking hands, embracing and kissing, and to avoid non-essential gatherings in closed spaces,” the government stated.

“The Prime Minister and the Cabinet ministers call on the public to get vaccinated as soon as possible and to follow the directives, the combination of which saves lives and will prevent more severe restrictions, including lockdowns, in the future,” the statement said.

Reports from the meeting say that the idea of a lockdown was discussed repeatedly after the government initially declared it would steer clear of such action.

It is currently estimated that the country will enter a lockdown at the beginning of September, for at least six weeks.

Professor Eli Waxman, who advises the government’s Corona committee, estimated Wednesday that “it is no longer possible to impact the accumulation of serious patients we will see in the coming weeks.”

In an interview with IDF Radio, Waxman estimated that “towards the end of August, we will reach 800 patients in critical condition. This is a result of the fact that we refrained from taking significant action for seven weeks. The ministers understood that drastic measures were needed, but in my opinion, they do not understand that the measures taken are not enough. ”

“The epidemic depends on the conduct of the public and on people-to-people contacts – reducing this will stop it. If the public does not cooperate, there will be no choice but to enact a closure, “Waxman added.

Member of Knesset Eli Cohen, of the Likud party, called on Prime Minister Naftali Bennett to resign as prime minister.

Chen told Israel Radio that he “calls for Bennett’s resignation – he is procrastinating, not making decisions and trying to please everyone. The role is big for him and he is not able to manage the crisis.”

For just $100 per month you can bring the gospel to 10,000 homes. Join us as media missionaries! GIVE NOW
VIEW COMMENTS
« Former Pop Star Shares Journey To Finding Jesus Christ In Times Of Discouragement, Remember Who Called You »