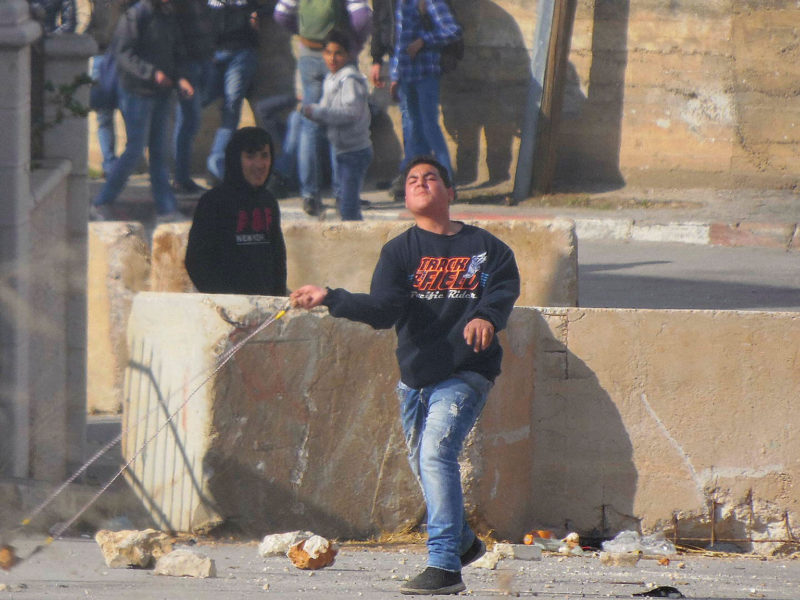 In a rare occurance, the United Nations’ body on racism on Wednesday faced the Palestinian Authority (PA) representative with tough questions about its promotion of anti-Jewish hate and incitement to terrorism, echoing an earlier briefing to committee members by Israeli watchdogs NGO Monitor and IMPACT-se.

The PA in recent years has introduced a new curriculum for both primary and secondary school children which teaches the virtues of Jihad and the Shahada, martyrdom while fighting the infidel. Martyrdom and Jihad are, in the words of one textbook for children aged 11, “the most important meanings of life.”

“Drinking the cup of bitterness with glory,” it suggests, “is much sweeter than a pleasant long life accompanied by humiliation.” Teenagers are taught that those who sacrifice themselves will be rewarded with “72 virgin brides in paradise.”

So-called martyrs, such as terrorist Dalal Mughrabi, who led the 1978 Coastal Road Massacre in which 38 Israelis, including 13 children, were murdered and dozens were wounded, are held up as role models.

As part of its engagement with UN institutions, NGO Monitor President Professor Gerald Steinberg, together with Marcus Sheff, CEO of IMPACT-se, attended the Committee in Geneva, where they briefed the committee experts on the PA’s promotion of anti-Semitism and incitement to violence.

Their presentation was referenced by the committee members in their questions to the PA representative. In addition to oral statements, NGO Monitor and IMPACT-se had also presented the committee with written submissions.

Committee member Silva Albuquerque questioned Ammar Hijazi, the PA representative, on “disturbing information about the presence of anti-Semitic and discriminatory contents in textbooks used by children and teenagers in Palestinian schools” which he had learned at the “very enlightening meeting” with NGO Monitor and IMPACT-se.

Albuquerque added that “various examples of allegedly racist and anti-Semitic language, content and textbooks, until 2018 at least, were provided to our committee” by the organizations. Similar comments were made by other committee members.

While UN meetings related to the Arab-Israeli conflict, especially those critical of Israel, commonly draw dozens of NGOs, this examination of the PA’s conduct was only attended by NGO Monitor and two other groups.

NGO Monitor’s ECOSOC special consultative status with the UN allows it to regularly present findings on the misuse and abuse of UN frameworks for anti-peace initiatives, including frequent UN silence on or support of anti-Semitic programming. The Jerusalem-based research institute has spoken 11 times before the UN’s

Geneva-based Human Rights Council since the beginning of 2019.

Research and policy institute IMPACT-se analyzes educational textbooks and how they measure up to UNESCO standards for acceptance, peace, and tolerance.

NGO Monitor President Professor Gerald Steinberg stated that “the important point is that in the UN, the Palestinians are being forced to deal with their own anti-Semitism, including in their textbooks. And unlike the usual procedures in the Human Rights Council, members of this expert committee listened to the presentations from NGO Monitor and Impact-SE and challenged the Palestinians. This is a major precedent.”

IMPACT-se CEO Marcus Sheff added that “The contradiction between the Palestinian submission, which claims to adhere to anti-racism, and the blatant anti-Semitism, hate and extremism in the PA curriculum, was not lost on the committee. Members rightly questioned the PA representatives on the examples shown to them by IMPACT-se. It is clearly pointless to deny the textbook hate. There it was, in black and white.”

IMPACT-se’s research shows that the word “peace” does not appear in any text used in PA schools, and that the PA had adopted “a curriculum of war and struggle aimed at preparing young Palestinians to fight continuously for the elimination of Israel,” and that “there is clear evidence of a strategy of radicalization of young Palestinians” devised and implemented by the PA ministry.

The PA educational system routinely influences the minds of the impressionable children and educates them to hate Israel and Israelis through terror-promoting messages. They use cultural mediums such as school plays, sports events and summer camps for this objective.

The European Union has passed a law that prohibits the use of its funds to fund the promotion of hate in the Palestinian curriculum. The United Kingdom is deliberating a similar bill.

For just $10 per month you can bring the gospel to 1,000 homes. Join us as media missionaries! GIVE NOW
VIEW COMMENTS
« President Rivlin Welcomes New Druze Military Secretary Courts Squabble Over Gender-Segregated Concert for Ultra-Orthodox as Event Proceeds »