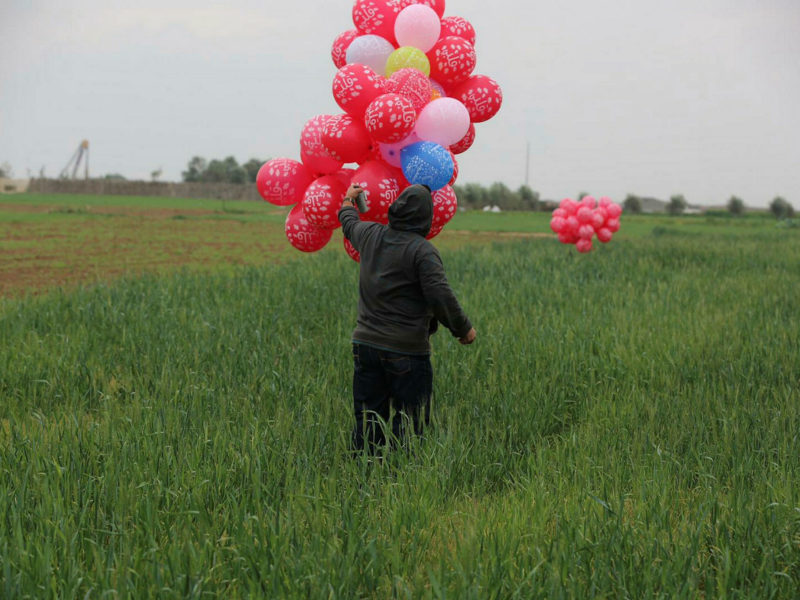 Dozens of incendiary balloons once again descended upon Israel, just three days after Hamas and Islamic Jihad had announced they would be ending the attacks.

Balloons from Gaza were reported in various locations in Southern Israel with eyewitnesses on Thursday reporting that two balloons had been found behind an elementary school in Sderot. The area was reportedly evacuated as police began dismantling the balloons.

The balloons, equipped with explosives, are meant to ignite upon reaching Israel and, in the past, have started fires in various locations in the south of the country.

Following the launch of 35 balloons from the Gaza Strip on Monday, Egyptian mediators had reportedly urged Hamas and Islamic Jihad to remain calm. TPS reported on the groups’ decision to end the attacks.

The next day, however, balloons were found in the Sdot Negev Regional Council and the city of Ashkelon.

On Sunday, Prime Minister Benjamin Netanyahu and Defense Minister Naftali Bennett had issued stern warnings to Hamas following the escalation of attacks on Israel emanating from the Gaza Strip in recent weeks.

Netanyahu stated that Israel is “prepared to take devastating action against the terrorist organizations in Gaza. Our actions are very strong and they have not yet ended, to put it mildly.”

Bennett held a situation assessment at the IDF’s Gaza Division headquarters, during which he warned that Hamas’ “reckless conduct is bringing us closer to deadly action against them.”

“We will not announce when or where. The action will be very different from its predecessors, no one will be immune,” he threatened.

For just $10 per month you can bring the gospel to 1,000 homes. Join us as media missionaries! GIVE NOW
VIEW COMMENTS
« EXCLUSIVE: Turkey Working to Take Over Armenian Quarter in Jerusalem’s Old City Israeli Water Tech Deployed in Gaza to Ease Water Crisis »