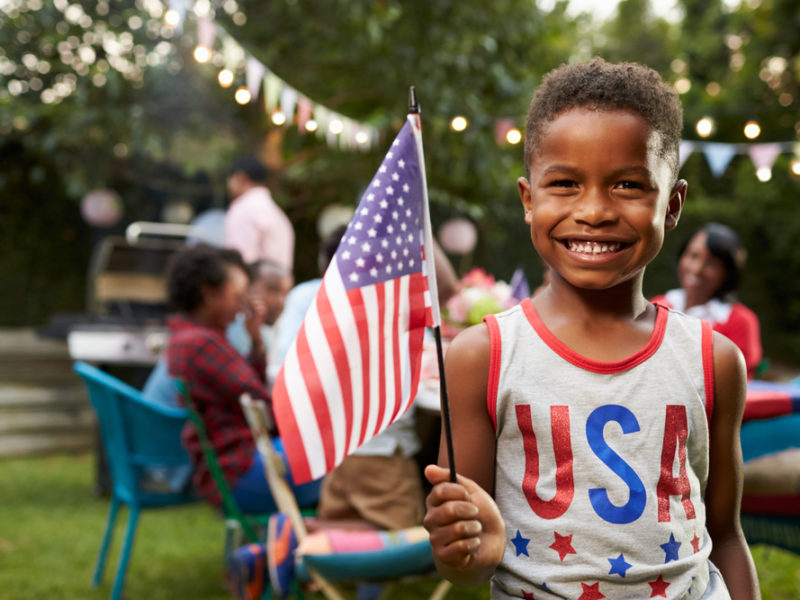 “It is not by force nor by strength, but by My Spirit, says the Lord of Heaven’s Armies.” (Zechariah 4:6)

It’s Independence Day 2019. Juneteenth 2019 is just behind us. We are currently celebrating 400 years of African American history, so it’s likely not by accident that the “reparations debate” is rapidly gaining traction in conversations across America.

Many inroads have already been made in seeking solutions. In January 2016, a United Nations project with the “Working Group of Experts on People of African Descent” conducted a study on the reparations issue, with recommended reparations (in an amount that University of Connecticut researcher Thomas Craemer values at about $5.9 trillion).

Currently, presidential candidate Marianne Williamson is most fervently backing Black reparations. The self-help guru and spiritual adviser wants to set aside $200 billion to $500 billion for a reparations program. Although much less than the trillions, she’s not offering to foot the bill personally.

Meanwhile, Senator and presidential hopeful Elizabeth Warren is rooting for reparations for blacks, native Americans and gays. The other candidates running against our President, including Senators Corey Booker and Kirsten Gillibrand, are also backing tax-payer funded reparations for descendants of former American slaves.

All of these candidates are fully in favor of tax-payer funded abortion laws that help to disproportionately kill the very population they say they are trying to repair. How can you repair people by aborting them?

Meanwhile, our most recent presidents have not sanctioned having the federal government doling out tax dollars to pay the reparations. Let’s think about this. Is President Trump saying “no reparations?” Or is the President perhaps inviting us to consider just who should pay for the reparations?

In “Reparations Reinvented,” Mark Crutcher, President of Life Dynamics Incorporated, and creator of award-winning documentary MAAFA 21 recommends “A FRESH LEGISLATIVE INITIATIVE.” His film Maafa 21: Black Genocide in 21st Century America documents this plan to have the perpetrators pay the reparations.

President Trump once asked African American voters an open-ended question: “What do you have to lose?” I remember following up on his question with this request to our very forward-thinking President: Sir. Please tell us what we have to gain.

Not only has President Trump told us, he has shown us gains in the job markets, for the sanctity of life, for religious freedom, through criminal justice reform, and so much more. America is on the mend.

Today, President Trump speaks to all Americans when he says: “We all bleed the same. We don’t worship government, we worship God.” From this perspective, goals that involve partnerships among the governments, private sector and people of faith would be a good start.

If we are really listening, perhaps we will hear an invitation to seek God and not humans, and pray for the guidance for solutions to bring justice and the jubilee that will be required to make the wrongs right in America’s Reparations Saga.

Pray for solutions that bring justice

The views expressed in this post are the writer’s personal opinion. GOD TV as an organisation and a registered US charity does not endorse any particular political party.

For just $100 per month you can bring the gospel to 10,000 homes. Join us as media missionaries! GIVE NOW
VIEW COMMENTS
« Shifting In The Second Half John Piper: Finding Our Greatest Happiness in Christ »