‘Indicator Of The Abiding Friendship’: Honduras Inaugurates Embassy In Jerusalem 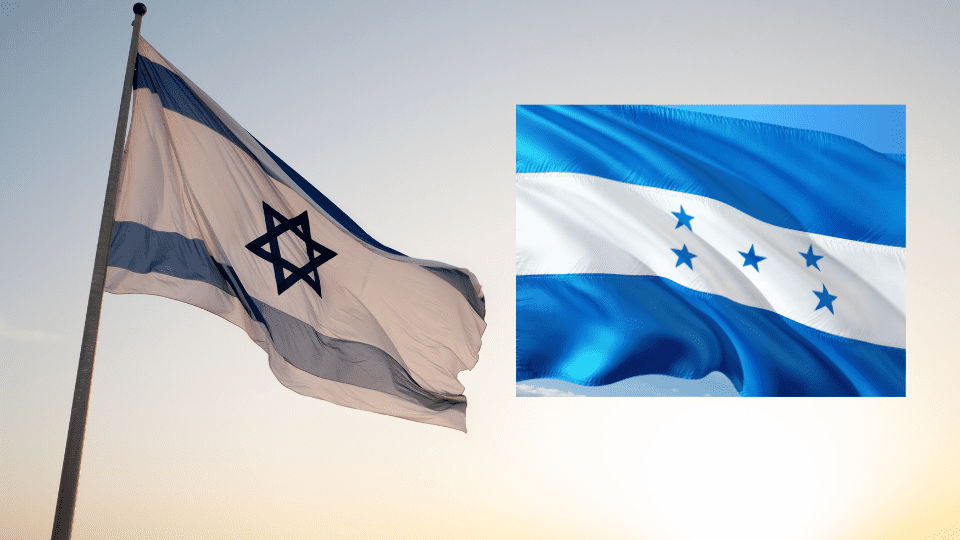 Honduran President Juan Orlando Hernandez arrived in Israel on Thursday at the head of a delegation of senior officials to inaugurate the country’s embassy in Jerusalem and to sign a series of agreements with the Jewish state.

Honduras already has a commercial office in Jerusalem and announced the opening of the embassy during former Prime Minister Benjamin Netanyahu’s tenure.

Hernandez met privately with Prime Minister Naftali Bennett at the Prime Minister’s Office in Jerusalem and then held a working meeting with the participation of Israeli Foreign Minister Yair Lapid, Honduran Secretary of State Lisandro Rosales Banegas, the Honduran Minister of the Presidency and the head of the Honduran tax authority.

The foreign ministers signed a bilateral Memorandum of Understanding (MOU) regarding plans and projects in agriculture, water resource management, health and sharing information on developing innovation.

An agreement was also signed on the employment of the spouses of diplomatic, administrative, consular and technical representatives in diplomatic missions in order for them to receive permits to work outside the embassy.

The leaders then dedicated the Honduran Embassy in Jerusalem.

Bennett welcomed the Honduran officials to “our eternal capital Jerusalem.”

“Your arrival to dedicate the Honduran Embassy in Jerusalem, the reopening of the Israeli Embassy in Tegucigalpa and the cooperation agreement that we have just signed, are an additional indicator of the abiding friendship and deep link between the Jewish state, the State of Israel, and the people and nation of Honduras, under your leadership,” said Bennett.

Calling Hernandez “a true friend of Israel,” Bennett said that the Jewish people “have a long memory and you will be inscribed on the pages of history as one who took a courageous and correct action for the State of Israel.”

“Mr. President, under your leadership Honduras has consistently stood alongside Israel in international institutions even when that was not always popular and even when it occasionally exacted a price. This attests to friendship – the willingness to take actions that entail paying a price. I would like to thank you and the Honduran public for this support,” he added.

The US and Guatemala relocated their embassies to Jerusalem in May 2018.

Brazil has a trade office in the capital, and the Czech Republic has established a cultural and trade center in Jerusalem.

The Dominican Republic, Malawi, Equatorial Guinea, and Kosovo have announced their intentions to open embassies in Jerusalem.