The Mighty Influence Of A Praying Mom | God TV
Articles 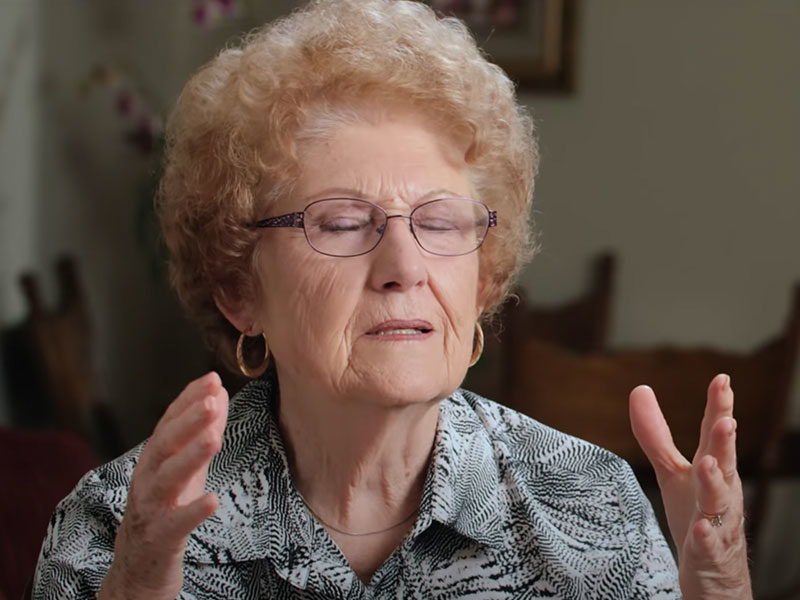 A praying mom influences the younger generation – she led to her children becoming anointed Christian filmmakers who are the creators of “Fireproof,” “Courageous,” and “War Room.”

Rhonwyn Kendrick is a praying mom and grandmother. And because prayer is a big part of her daily life, her children were greatly influenced by it. Whatever she does, before making major decisions, she and her husband always pray. As a result, her children saw how as a family they moved in power and prayer. Thus, they saw God’s faithfulness through answered prayers over the years.

The mother of the well-known Kendrick Brothers discovered the power of prayer at a very young age in a dramatic way. It happened when she was still six years old, in 1948 when a tornado came and hit their property. She remembers how her mom put them under the kitchen table and cried out to God, asking the Lord to protect them.

A few minutes later, the sound died down, and they walked outside their home. Then they saw the devastation all around them. The tornado destroyed the house next to them. Two giant oak trees in front of their house had fallen. And a church across the street was rocked out of its foundation. But their home was left intact and preserved.

“Our house was not touched,” Rhonwyn recalled. That’s when she realized how near God is, and that prayer is indeed very powerful.

The Kendricks’ prayed over their children before they were born.

“I prayed over them. That the Lord would have His will, His way with them,” she said.

Today, her three sons, Alex, Stephen, and Shannon have been producing life-changing Christian movies, including “Fireproof,” “Courageous,” and “War Room.” And prayer has been a crucial part in creating their films, trusting God in every step. They also have prayer warriors because they believe that “when we fight our battles in prayer first, the Lord is faithful to answer.”

“War Room,” a story centered around the power of prayer, hit No.1 in the box office. It was more successful than the other films, and its impact has reached far and wide across the globe.

“The timing was perfect for a call to prayer to the church,” Stephen said.

Further, Stephen shared how grateful he is that he has a praying mom. Who would have thought that a mom who values fervent prayer would have a lasting impact on future generations!

For just $100 per month you can bring the gospel to 10,000 homes. Join us as media missionaries! GIVE NOW
VIEW COMMENTS
« Man Overcomes Multiple Surgeries After Car Crash Pregnant Teen Who Chose Adoption Over Abortion Says She Sees Jesus Through Their Story »