Intensive Contacts Between Israel And US On Support To PA 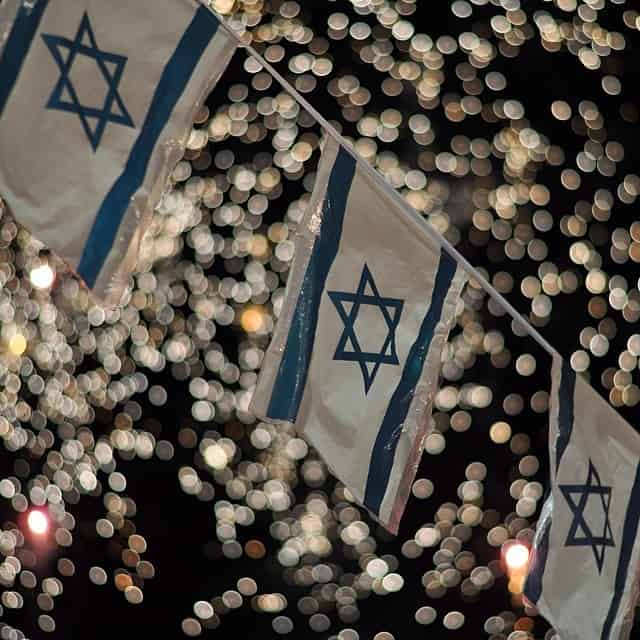 Defense Minister Benny Gantz spoke on Monday with the US Chargé d’Affaires in Israel Michael Ratney and discussed a series of actions designed to expand coordination between Israel and the Palestinian Authority (PA).

CIA head William Burns arrived in Israel on Tuesday, and although most of the agenda is devoted to the Iranian threat, the parties are also expected to discuss matters between Israel and the PA.

Various sources indicate that the Americans have recently been deeply and continuously involved in a number of pending issues between Israel and the PA, including preventing some crises when they intervened in the evacuation of the illegal Arab residents in the Jerusalem neighborhood of Sheikh Jarrah, and they are also working to thwart the passing of a bill in the Knesset designed to prevent the reopening of the American embassy in eastern Jerusalem.

The PA is now expecting determined US involvement following Israel’s decision to deduct NIS 100 million from tax money it collects on its behalf, out of a total of expected NIS 597 million, a penalty stipulated by Israeli law for the PA’s payments to prisoner terrorists and their families in 2020.

Senior officials in Ramallah have sharply criticized Israel, which along with contacts and commitments to the US, has decided to clear the taxes it collects for the PA when the PA is in a serious financial crisis.

TPS has learned that the US is in favor of the PA’s position and is very concerned about the PA’s financial crisis, and has expressed strong protest to Israel. The PA now hopes that the American involvement will lead to the postponement or cancellation of the tax deduction and expressed agreement to carry out a reform in the manner in which it pays the terrorist prisoners.

The issue of tax money was discussed between Ganz and Ratney, and messages from Israel received by the PA encouraged Ramallah, which hopes that Gantz’s opposition and that of senior members of the defense establishment, including the IDF and the Shin Bet, will lead to actual change in the Israeli policy.

A PA source explained that “the aggravating economic crisis comes as a result of the significant decrease in the volume of tax collection but even more so in the volume of donations transferred to the PA.”

The Palestinian Authority is now considering putting a large part of the public sector workers on unpaid leave as a measure designed to alleviate the dwindling public coffers. A senior PA official told TPS that “the Authority will not be able to pay the July salaries and the salaries paid these days, for the month of June, are probably the last time they will be paid in full.”

It should be noted that an additional amount of tax money has not yet been transferred from Israel to the PA for its payment to terrorists in 2019.

Israel transfers about NIS 600 million a month to the PA, money collected in Israel, and this amount, along with the salaries of 120,000 PA workers employed in Israel, constitutes the majority of the PA’s budget, a large part of which is used to pay huge public sector salaries and security mechanisms. The Palestinian Authority spends $170 million a month on salaries, which include the salaries of 136,000 officials and retirees, and the salaries for terrorist prisoners.

The PA claims that in the last 14 years, Israel has deducted $10 billion from its budget for various reasons, including the payment of electricity bills.

Meanwhile, Arab media outlets reported that recently, following the visit of the State Department representative Hady Amr to the region, a tripartite agreement was signed between Israel, the US and the PA. Among other things, the agreement stipulates that the media and curricula in the Palestinian education system will be monitored and that the joint Committee for the Prevention of Incitement will be re-established.

The agreement also stipulates, according to Arab sources, that the salaries of the families of the terrorist prisoners will be reformed, according to recommendations to be formulated between Israel and the US.

In addition, the PA Treasury Department will be closely monitored by the US in order to expose the effects of corruption, and there will be American supervision of political arrests conducted by the PA.

Although Palestinian Authority officials did not approve of the agreement, senior PA officials agreed in principle to deal with incitement in the PA media but demanded that Israel also prevent incitement, as they claimed there had been an increase in calls against Arabs and Islam since Operation Guardian of the Walls in May and the Muslim riots in Israeli cities.

A senior PA official confirmed that even before President Biden entered the White House, the Americans had sent a series of messages to the PA that now, according to the Arab media, appear in the tripartite document, and that the PA had agreed in principle to move forward in these areas.