Iran to Increase Uranium Enrichment; Netanyahu: ‘We Are Not Surpised’ | God TV
News 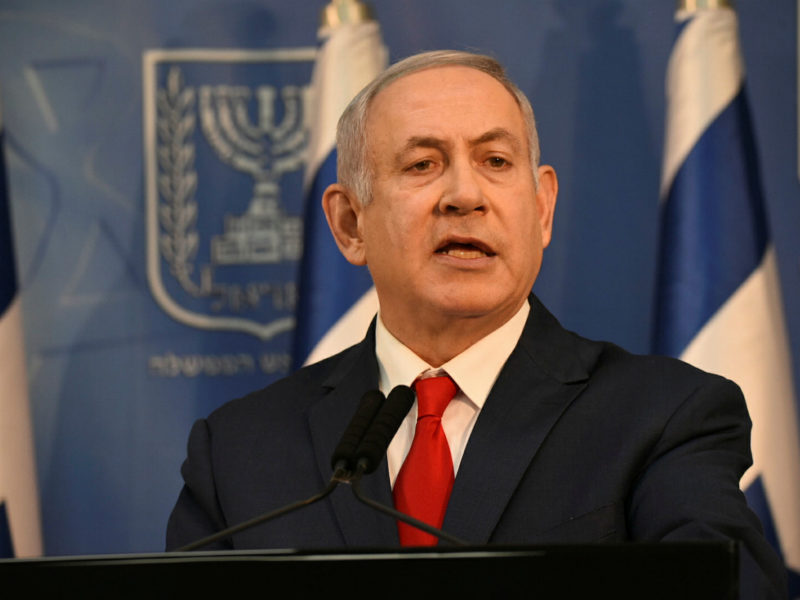 Prime Minister Benjamin Netanyahu called on the international community to impose sanctions on Iran and vowed that Israel will not let the Islamic Republic obtain a nuclear weapon.

Speaking at the president’s residence in Jerusalem on Monday during a memorial ceremony for Israel’s presidents and prime ministers who have passed away, Netanyahu stated that “today, Iran threatened to enrich its uranium beyond the limits of the nuclear deal. This does not surprise us, because when we brought the secret nuclear archive from Tehran to Israel we discovered just how far Iran went in the breach of its promises to the international community – her promise to report in real time on its nuclear program.”

“If it acts on its threats, the international community must immediately impose the previously-set sanctions mechanism, the snapback sanctions. In any case, Israel will not allow Iran to obtain a nuclear weapon,” he declared.

He made his remarks after the spokesman of the Atomic Energy Organization of Iran (AEOI) Behrouz Kamalvandi announced earlier in the day that the country has sped up its uranium enrichment and will pass the 300-kg ceiling specified under the 2015 nuclear deal signed with the world powers next week.

“Production of 3.67 percent uranium has increased since the capacity was quadrupled. We will cross the 300-kg limit in 10 days from now,” Kamalvandi told reporters in a press conference at the Arak heavy water installation.

He further noted that Iran will further enhance its enrichment levels “depending on the country’s needs and relevant decisions by officials.” He said that Iran may increase uranium enrichment up to 20 percent for use in local reactors.

“Iran’s stockpiles will increase more rapidly and if keeping the nuclear deal is important to them (the Europeans), they should make efforts,” Kamalvandi said in regards to the blatant breach of the deal.

Under the nuclear agreement reached between Iran and six world powers in July 2015, Tehran undertook to put limits on its nuclear program in exchange for the removal of nuclear-related sanctions.

A spokesman for Prime Minister Theresa May said on Monday that Britain will look at all available options if Iran breaches its commitments around its nuclear activities.