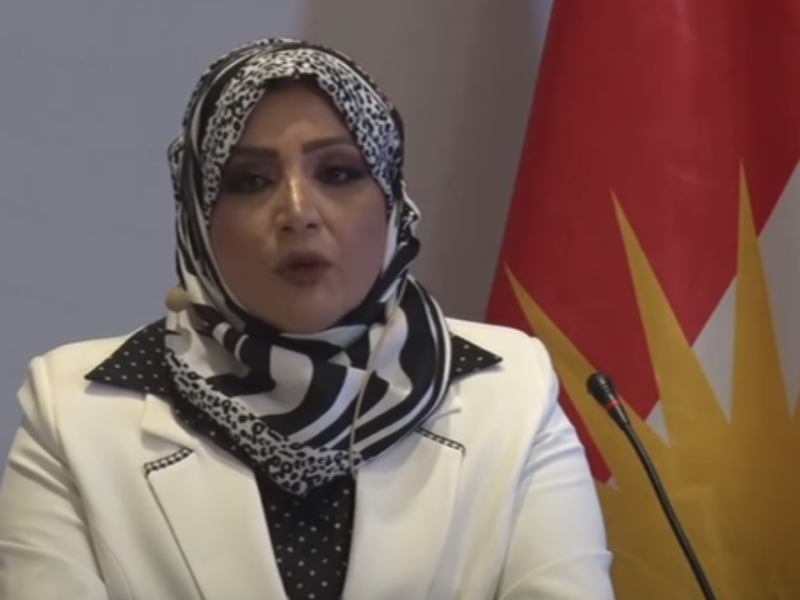 In an unprecedented move, hundreds of Iraqi activists and tribal leaders gathered in Erbil Friday and called for their country to embrace peace with Israel and join the Abraham Accords. Baghdad immediately labeled the gathering “illegal” and issued arrest warrants for speakers, vowing to round up all participants once they were identified.

Sahar Karim al-Ta’i, a native of Baghdad and senior research director for Iraq’s Culture Ministry, is among those leading the charge for her country to normalize ties with Israel as several other Muslim countries have done in the last year

“To pluck a ripe fruit, first you have to plant a seed. You have to water it. You have to wait for it to grow. Then the flowers bloom, and then you know the fruit is coming. The tree is big, and the flowers are already blooming, and soon we will pick the fruit of our labor,” Ta’i said in her speech at the conference. The meeting was sponsored by the New York-based Center for Peace Communications and was held in Iraqi Kurdistan, which enjoys a measure of autonomy from Baghdad.

Ta’i spoke of the thousands of Iraqi Jews that had to leave homes and businesses when persecution flared in Iraq after Israel became a nation in 1948.

“They looked to Iraq and are still looking to her waiting for the eyes of their proverbial mother to show affection for her last children. They are still waiting for the moment when Israel is recognized by Iraq as their country, and that of their brethren, who shared the country with them closed.”

Ta’i may pay a high price for her bold stance, but she said she is not afraid. “Coronavirus created an opportunity…Finally, something happened that forced people to stop thinking about war and start thinking about saving lives. We can live under the repression of terrorism, or we can die with courage.”

By Sunday, Iraqi officials in Baghdad had issued arrest warrants for Ta’i and other speakers and vowed to apprehend all who participated in the conference. Maintaining ties with Israelis, associating with “Zionist organizations,” or promoting “Zionist values” used to be an automatic death sentence. But now, the punishment is limited to a life sentence in prison.

Prophetically, we know that before the Ezekiel 38-39, Gog and Magog war, Israel will be at peace. The prophet describes Israel as a “peaceful and unsuspecting people—all of them living without walls and without gates and bars” (Ezek 38:11). This is becoming more and more a reality.

For just $100 per month you can bring the gospel to 10,000 homes. Join us as media missionaries! GIVE NOW
VIEW COMMENTS
« God’s Word For You Today: Let God Be Your Refuge Growing A Business Through Faith In God »