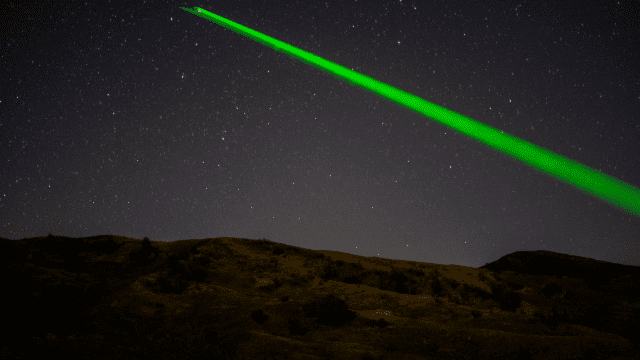 Israel has a promising new defense weapon, a laser system, installed in a small airplane that can shoot down enemy missiles or drones before they get close enough to threaten civilians and cities. The Ministry of Defense recently announced a successful series of tests of its High-Power Laser Weapon System (HPL-WS).

“The laser system will add a new layer of protection at greater ranges and in facing a variety of threats—securing the State of Israel while saving costs of interception,” Israel’s Defense Minister Benny Gantz said.

During the recent conflict in May, Israel relied heavily on the Iron Dome anti-missile system, a highly effective but financially costly defense system. Each time the Iron Dome fired to intercept the barrage of incoming rockets launched by Hamas, it cost anywhere from $50,000 to $150,000, experts estimate. In stark contrast, most of the missiles used by Hamas only cost an estimated $300-800, with longer-range rockets costing a few thousand, according to reports.

This round of testing of the HPL-WS is part of Phase 1 in a multi-year program. It is a partnership between an international defense electronics company, Elbit Systems, and Israel’s Defense Ministry.

Being able to utilize an airborne laser defense weapon has many advantages, according to the Ministry of Defense, including “low cost per interception, the ability to effectively intercept long-range threat at high altitudes regardless of weather conditions, and the ability to defend vast areas.”

In addition to the more well-known Iron Dome, Israel also utilizes David’s Sling and Arrow missile interceptor systems. The laser-in-the-sky system would add yet another strategic layer of protection against future threats.

“We believe that the use of a high-power laser to carry out low-cost airborne interception of rockets and hostile unmanned aircraft, closer to their launching areas and away from population centers, offers a significant change in Israel’s defensive capabilities,” said Oren Saba, General Manager of Elbit Systems ISTAR.

With enemies on every side, especially one with nuclear ambitions, and all with a united purpose—to wipe Israel off the face of the earth—I’m thankful our nation keeps advancing in defensive technology. However, our only real hope is in the God of our ancestors, Abraham, Isaac, and Jacob—and in His Son, Yeshua, our Messiah and soon returning King.

For just $100 per month you can bring the gospel to 10,000 homes. Join us as media missionaries! GIVE NOW
VIEW COMMENTS
« Relentless Woman, Don’t Underestimate The Beauty Of God’s Love Story For You God’s Word For You Today: God Knows Your Fears »