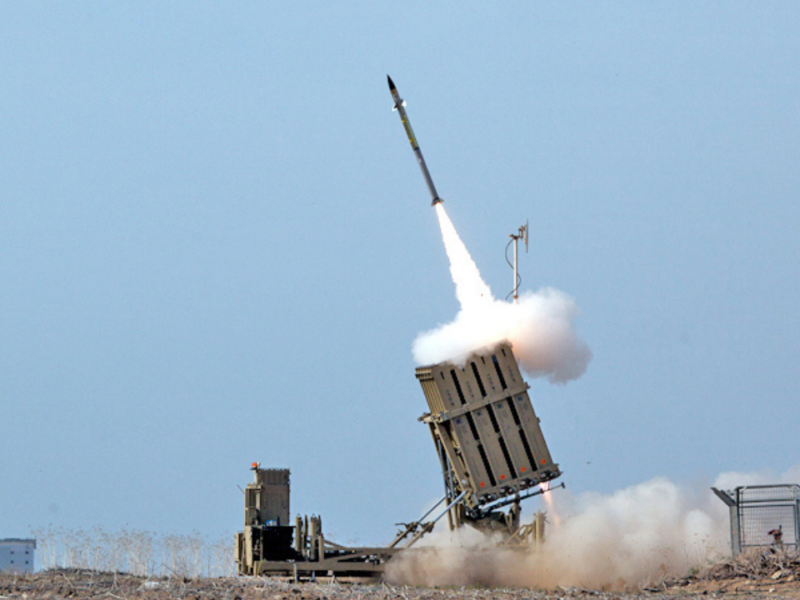 Israel’s famous missile defense system, the Iron Dome, has come to America! No, there’s not a war on the southern border (yet). Instead, the Iron Dome’s debut in the U.S. is the product of a 2019 agreement in which the U.S. military agreed to purchase two of the batteries. The systems were delivered in late 2020-early 2021.

Earlier this summer, the first trials on U.S. soil of the technology were conducted at the White Sands test range in New Mexico. U.S. Army troops, with the assistance of several Israeli defense contractors, participated in a live-fire trial, successfully shooting down drones and other aerial targets. The Iron Dome has been upgraded over its tenure history and can now shoot down not only rockets but mortar shells, cruise missiles, and unmanned aerial vehicles (UAVs or drones).

Israel wants to sell more of the Iron Dome batteries to the U.S. and other countries without giving away key information that enemies could use to work around the system.

The Iron Dome is part of a larger arsenal Israel deploys to defend its citizens against incoming rockets and other weapons from Gaza and sometimes along the northern border with Syria. The Iron Dome had a 90 percent effective rate against the barrage of 4,000 missiles Hamas fired in May. It continues to stand guard on the border with Gaza and has shot down a few missiles fired out of Gaza recently.

Israel also deploys David’s Sling (a mid-range missile defense system) and Arrow-2 and 3 (long-range systems), as well as a promising laser-in-the-sky technology that is still in the test phase.

IDF Chief Ariv Kohavi said this week that the military is preparing for another round with Hamas. In the three months since a tentative ceasefire was reached, the terrorist group has continued to periodically launch incendiary balloons into Israel, fire missiles, and stage violent riots along the border. Dozens of Palestinians have been injured in the protests. In addition, one Hamas operative was killed, and an Israeli border police officer was critically wounded after being shot in the head at close range.

Israel Defense Minister Benny Gantz said in response to the escalation of tensions again, “Our “toolbox is filling—we have increased capabilities in terms of aid and development of the Gaza Strip for the benefit of over 2 million Gaza residents, and also in terms of the military plans we’re developing, should we be required to take action. The reality on the ground will determine which of these tools we will choose to employ.”

For just $100 per month you can bring the gospel to 10,000 homes. Join us as media missionaries! GIVE NOW
VIEW COMMENTS
« God Don’t Love Us Equally, He Loves Us Uniquely Get Into The Flow To Glow In The Holy Spirit »