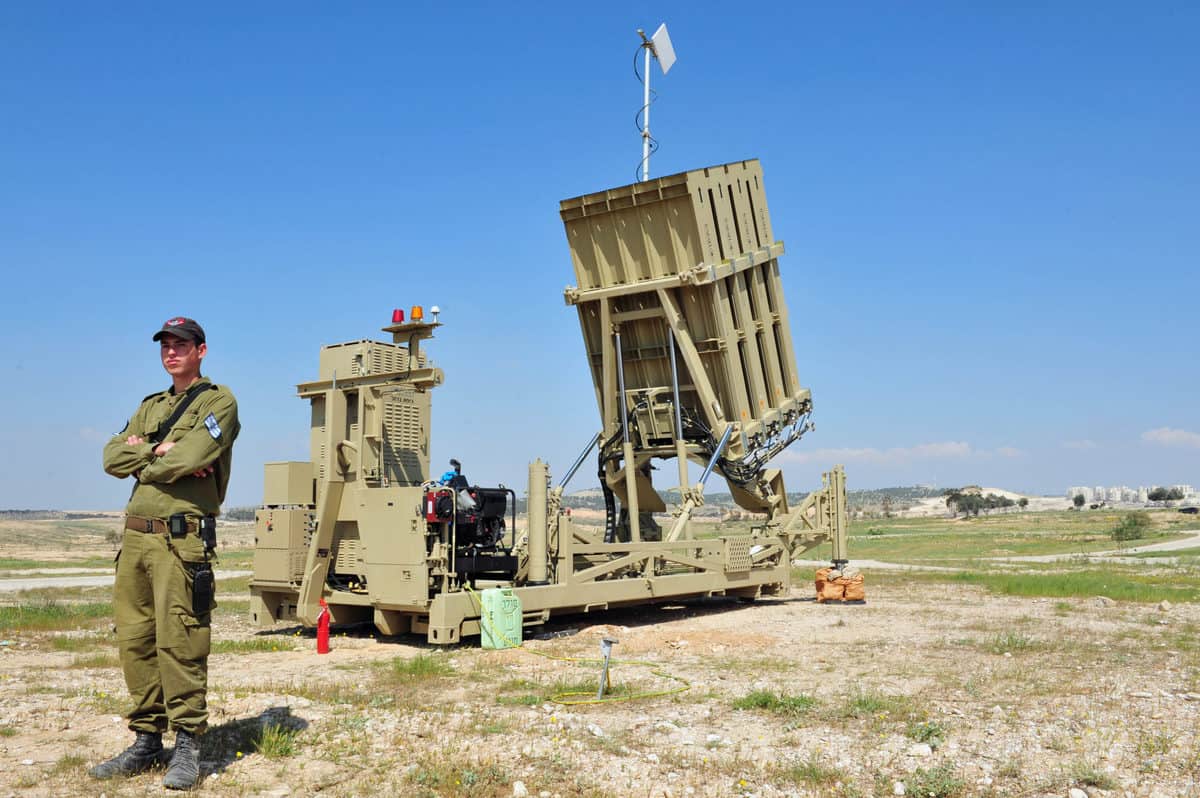 Israel’s defense industry has completed a successful series of advanced tests of the Iron Dome missile system, an additional leap forward in the development of the crucial defense system.

The campaign, along with two recent Iron Dome flight tests, “demonstrated a significant upgrade of the system’s technological capabilities,” the Ministry of Defense stated Tuesday.

The Iron Dome was tested in a range of complex scenarios and successfully intercepted and destroyed targets simulating existing and emerging threats, including the simultaneous interception of multiple Drones as well as a salvo of rockets and missiles.

Iran has recently demonstrated such attack capacities in several strikes on targets in Saudi Arabia.

The tests took place in a site in southern Israel, with the participation of the Israeli Air Force.

The new version of the Iron Dome system will be delivered to the IAF and the Navy for operational use and will strengthen Israel’s multi-tier missile defense capabilities.

Moshe Patel, Head of the Israel Missile Defense Organization, noted that “30 years after the First Gulf War, which led to the establishment of the Israel Missile Defense Organization, and 10 years after the Iron Dome’s first operational interception, we have achieved a significant leap forward in the technological capabilities of the Iron Dome system.”

Developed in 2007 by Israel’s Rafael Advanced Defense Systems and deployed by the Israeli Air Force in 2011, the Iron Dome system completed a decade of operations with more than 2,400 operational interceptions with a high 90% success rate that probably saved hundreds of Israeli lives.

The Iron Dome, which is designed for short-range interceptions, is part of Israel’s multi-layer defense system, which includes four operational defense layers: the Iron Dome system, the Magic Wand system, designed to contend with mid-range missiles, and the Arrow 2 and Arrow 3 systems, developed for long-range threats.

They provide a defense against a wide array of ballistic projectiles, with eyes on the Iranian ballistic threat and those presented by the Hezbollah terror organization from Lebanon and Hamas and Islamic Jihad from Gaza.

In 2018, the Iron Dome system was voted Israel’s all-time top innovation in a competition organized by the Ministry of Economy in honor of Israel’s 70th Yom Ha’atzmaut (Independence Day) celebrations.