BREAKING
Lay Aside The Old Self
Ben And Jerry’s Staying In Israel, But Founders Aren’t Doing The “Chunky...
Israel Has a New Prime Minister
STAND WITH UKRAINE
Home Faith WATCH: Isis Leader Finds Christ After Evangelist Makes a Bold Decision in Faith 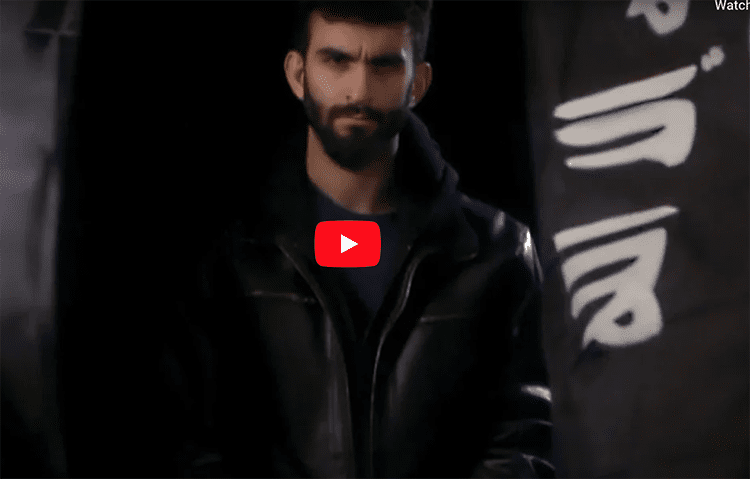 Isis Leader Finds Christ After Bold Proclamation Of The Gospel

Peter, a coordinator for Leading the Way Ministry, received a call late one night from a man he believed to be a prince of ISIS – one who leads others into jihad. The caller, Muhammad, asked Peter to meet him. Even though Leading the Way teaches coordinators to protect themselves by first evangelizing over the phone, Peter felt the calmness of the Holy Spirit wash over him, and decided to go.

Peter knew full well that the meeting could go one of two ways: 1. His own death, 2. Muhammed’s radical, life-saving transformation. He risked his own life in hopes of gaining a brother in Christ. He approached Muhammad with the armor of God (Ephesians 6:10-18) and felt fully protected.

Peter did not approach Muhammad hesitantly; God prodded him to proclaim the Truth boldly – even in the presence of a potentially hostile anti-Christian. Peter followed God’s lead, asserting “Our God is not yours.” He wanted Muhammad to know that his previous experience with an impersonal religion was no comparison to a personal relationship with Jesus Christ.

Muhammad became irate upon hearing these piercing words – words that contradicted everything he had ever known. In line with his training, he began to devise a plan to kill Peter in cold blood. According to Muhammad, Peter’s sharp words had “awakened Muhammad, the radical one.”

The Holy Spirit Moves In

But before he could execute his deadly plan, Muhammad started to cry. To this day, he does not know why. Peter put a hand on his shoulder and began praying. Muhammad stormed out, clearly affected by this encounter.

Peter left the premises, knowing he had done all he could to bring Muhammad to Christ. For a full transformation, he would wait on God’s perfect timing.

That very night, Muhammad dreamed that Peter handed him an envelope seaping with fragrant, sweet blood. His senses were overwhelmed by the almost perfumatic scent of the blood. But Muhammad, who was no stranger to blood, was petrified in the face of this particular blood. In his dream, Peter spoke to him, “Do not be afraid.”

Upon waking, Muhammad immediately called Peter for answers to this mystical dream.

For all his life, Muhammad lived and breathed the Quran. He was unfamiliar with the Gospel story. Peter gently and patiently explained to him that without the shedding of blood, there is no forgiveness of sins.

Muhammad desperately wanted to be forgiven, especially for his initial plot to kill Peter, for which Peter immediately forgave him. “What should I do to ask for forgiveness?” Muhammad questioned. “The Lord gave it to you for free,” was Peter’s apt response.

Muhammad continued to meet with Peter regularly, discovering a revolutionary love that he had never experienced in Islam. According to Peter, Muhammad started walking with the Lord right away, changing his whole way of life. After being baptised, Muhammad “felt a victory” beyond description. Undeterred by the risks, he began to lead a bible study for three Syrians in his locale.

Today, Muhammad declares the Bible to be “the True Book.” He found truth in Jesus Christ. This former Prince of ISIS has surrendered his life to the Lord, certain that the Lord will never forsake him.

It Started With A Single Question

Muhammad would have never called Peter that dark, lonely night, if an acquaintance had not asked him, “Why are you a Muslim?” Muhammad quickly realized he had no answer. He had been indoctrinated with radicalism from a young age, trained with one all-consuming purpose: to take back Islam to the era of Muhammad – the era of power and conquests. But this purpose was soulless; Muhammad searched the Quran and found no answers, no life, and no love.

This simple question – “Why” – was the impetus for the transformational power of the Gospel to take hold.

No matter what your role in a person’s life – the questioner or the explainer – you play a role in influencing others toward Christ. Ultimately, God is in control, but we are His hands and feet.

Are you willing to ask tough questions and boldly proclaim the Gospel?