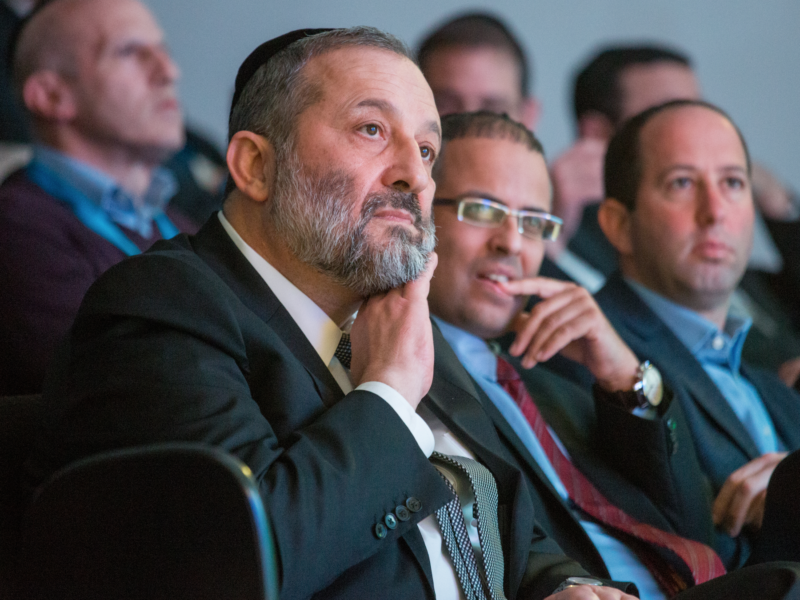 Deri ordered the Population and Immigration Authority to prepare a legal opinion to revoke Barghouti’s residency status for the “breach of trust.”

The Ministry noted that since 2016, Barghouti’s case was discussed on the grounds that he could not enjoy the status of an Israeli resident and its benefits while working to impose a boycott on Israel and leading the boycott movement in Israel itself. However, the issue was pending an amendment of the law which was passed in 2018 and clarified the Minister of Interior’s power to revoke residency status for breach of trust.

Following the change in the law, Deri decided to move forward with the canceling of Barghouti’s residency.

Deri stated that he intends “to act quickly to deprive Omar Barghouti of the residency status in Israel. He is a man who does everything to harm the country and therefore must not enjoy the right to be a resident of Israel.”

Barghouti, co-founder of the anti-Israel Boycott, Divestment, Sanctions movement has rejected Israel’s right to exist as a Jewish state and said he will only accept a single state where Palestinians have total sovereignty.

He is a native of Qatar who grew up in Egypt and married an Israeli Arab, for which he was granted the residency status. He has an apartment in the city of Acre. However, an examination conducted by the Interior Ministry showed that he spends most of his time is in Ramallah.

In 2005, he founded BDS, which brings together hundreds of anti-Israel organizations and branches around the world, including Israel.

In 2014, he stated that Palestinians have a right to “resistance by any means, including armed resistance.”

The BDS movement promotes financial, academic and cultural boycotts of Israel, ostensibly as a nonviolent protest of the so-called “Israeli occupation.” Critics charge that its activities are a modern form of anti-Semitism and that its objective is to destroy the State of Israel.

Member of Knesset (MK) Keti Shitrit, who was instrumental in promoting Israel’s move, welcomed the development and stated that Barghouti “is detrimental to the security of the state and its citizens” and Israel “will not serve its cheek to anyone who strikes it and acts to boycott it.”

For just $100 per month you can bring the gospel to 10,000 homes. Join us as media missionaries! GIVE NOW
VIEW COMMENTS
« Created For His Glory Israel Following Turkey’s Actions in Cyprus’ Waters ‘Closely and with Concern’ »