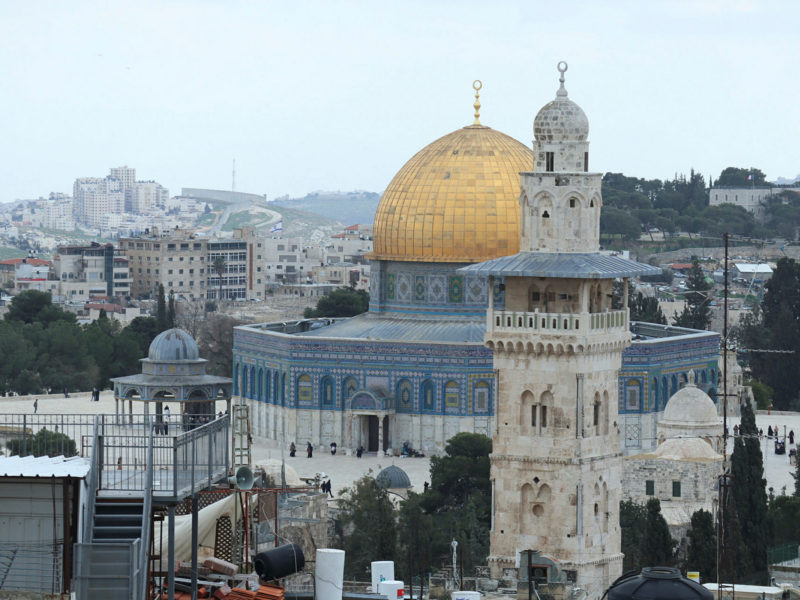 The Ministry stated that intelligence material presented to Deri indicates that the four are “major terrorist operatives, Hamas activists and those responsible for the riots on the Temple Mount.”

They may be members of the Mourabitoun and Mourabitat — groups of Hamas-funded men and women who harass Jewish visitors and tourists to the Temple Mount and generate violent incidents at the holy site, and sometimes throughout the city. Israel outlawed the organization in September 2015.

According to the information presented to the minister, their departure from the country “could pose a risk to state security.”

“The material presented to me indicates that the four leaving the country from Israel could cause real harm to the security of the state and increase the risk of terrorist activity in Israel, so I banned them from leaving,” Deri stated.

The ban is valid for a month at the end of which Deri can decide to extend it.

For just $100 per month you can bring the gospel to 10,000 homes. Join us as media missionaries! GIVE NOW
VIEW COMMENTS
« The Difference Between The Fruit And Gifts Of The Holy Spirit 5,000 Christians On Way to Jerusalem to Show Solidarity with Israel »