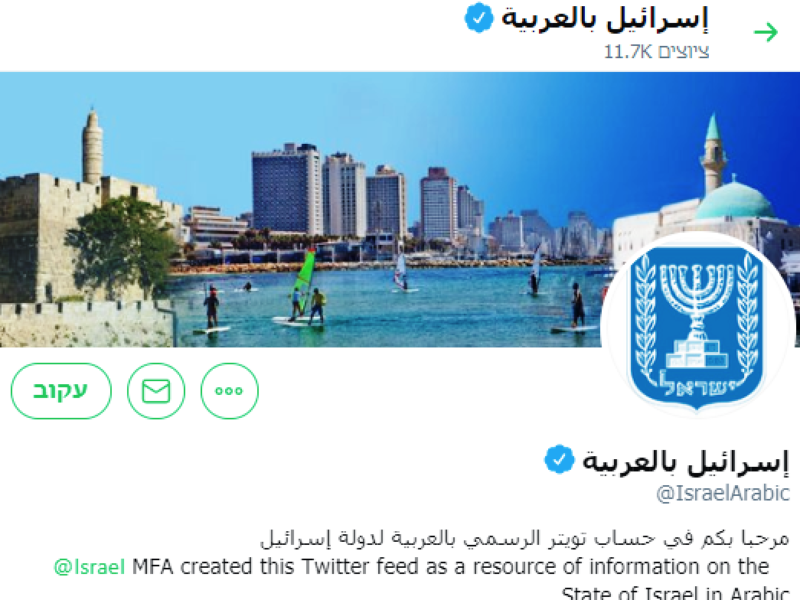 Israel’s digital diplomacy team on Thursday celebrated a milestone in its social media campaign to the Arabic-speaking world when it reached 250,000 followers of its Twitter account.

“We’re proud of our Arabic and Persian teams, that connect with millions across the Middle East, showing them an Israel that they’ve never seen before, ” tweeted Yiftah Curiel, Director of the Foreign Ministry’s department for Digital Diplomacy.

Tweeting in Arabic, Israeli diplomat Nizar Amer celebrated the account’s “wonderful work which serves as a bridge for understanding, love and peace among peoples” and expressed hope of reaching the millionth follower.

The use of social media enables Israel to share a message of diversity, peace, and coexistence, as well as information on current political and security developments with millions of Arabs around the world, the Foreign Ministry explained.

For just $10 per month you can bring the gospel to 1,000 homes. Join us as media missionaries! GIVE NOW
VIEW COMMENTS
« Facebook Suspends Rogue Likud Campaign Bot for ‘Hate Speech’ Download This Week’s GOD TV Mobile Wallpapers »