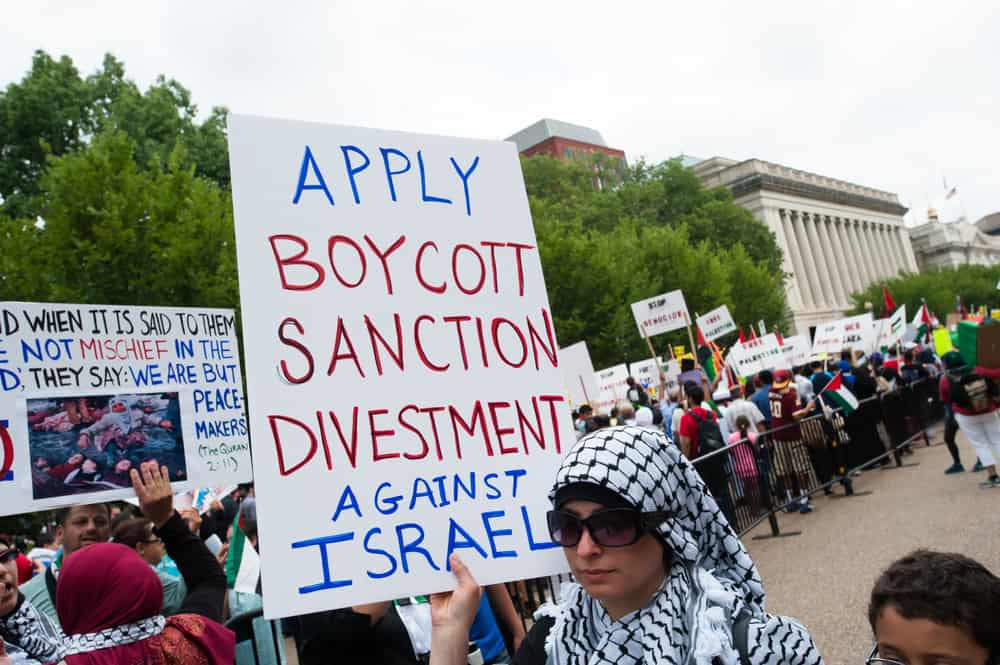 The Foreign Ministry of Israel has slammed the Irish Senate for ratifying a first reading of the so-called “Control of Economic Activity (Occupied Territories) Bill 2018” which would make it an offense to trade goods, services and natural resources from “illegal settlements in occupied territories.”

“Irish Senate has given its support to a populist, dangerous and extremist anti-Israel boycott initiative that hurts the chances of dialogue between Israel and the Palestinians,” the Ministry said in a statement, adding that if signed into law the measure would “have a negative impact on the diplomatic process in the Middle East… (and) harm the livelihood of many Palestinians who work in the Israeli industrial zones affected by the boycott.”

The bill, which was introduced by independent senator Frances Black and drew support from all Ireland’s major political parties except the governing Fine Gael party, passed by a 25-20 vote with 14 abstentions. But Foreign Minister Simon Coveney, who did not back the bill, warned it risked “fanning flames” in the Middle East and said it could draw Ireland into trade disputes over contested territories in places like China, Cyprus, and Crimea.

“I respect this house and its decision, but respectfully disagree,” he said.

Knesset members had mixed reactions to the passage of the bill. MK Ayelet Nahmias Verbin (Zionist Union), a member of the Foreign Affairs and Defense Committee, said the Irish boycott could easily legitimize other European countries to start a similar move, while MK Haneen Zoabi (Joint List) celebrated the vote as an “important political message” to Israel.

“It’s time that Europe reconsider its approach to the boycott strategy. Europe says that ‘we will be more effective if we negotiate with Israel, but that is simply the opposite of what is happening. Israel is becoming more and more fascist, and international law is only weakening in the face of Israeli intransigence,” Zoabi said.

The vote had initially been scheduled to take place in January, but it was postponed after Irish ambassador to Israel Alison Kelly was summoned to Foreign Ministry for a clarification. Spokespeople for Prime Minister Netanyahu, who is also the foreign minister, said at the time that the initiative would “give backing to those who seek to boycott Israel and completely contravenes the guiding principles of free trade and justice.”

Dr. Rodica Radian-Gordon, deputy director general for Western Europe at the foreign ministry, told Kelly that Israel was firmly opposed to such legislation and made it clear that from Jerusalem’s perspective any initiative to boycott settlement products is a BDS initiative.

Independent observers noted that if enacted, the law could put United States companies with Irish branches in violation of US Export Administration Regulations, which require US firms to refuse to participate in foreign boycotts that the US does not sanction.

This article was written by Mara Vigevani / TPS • Photos: Shutterstock and Getty Images

‘Israel Apartheid – We don’t buy it’  How should we respond to the BDS movement?