written by The Israel Insider October 4, 2022 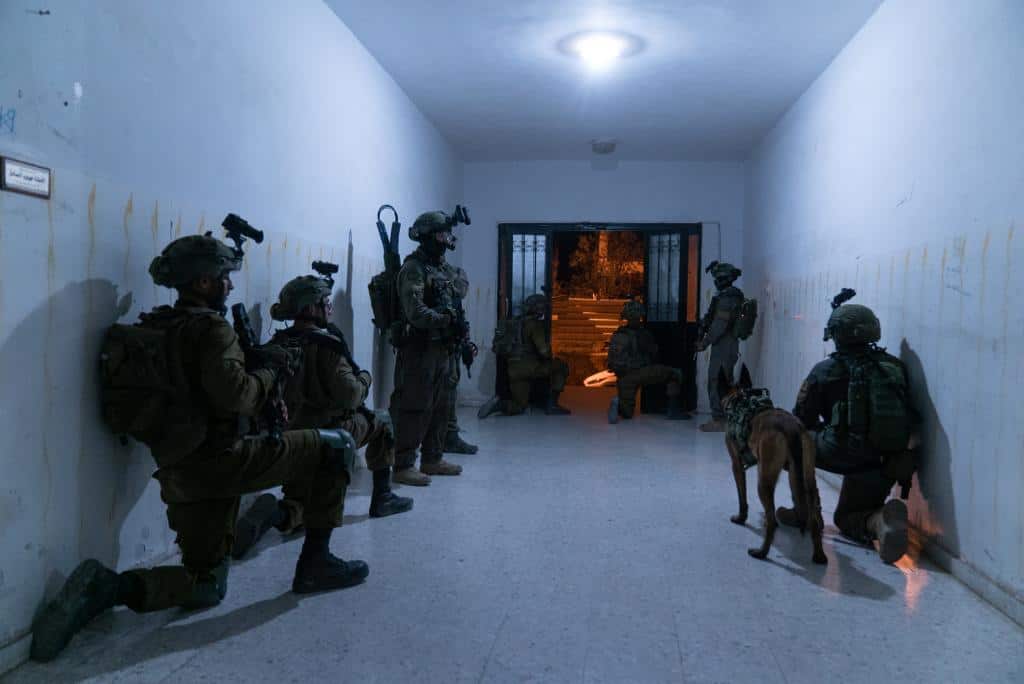 On Monday night, forces of the IDF, the Shin Bet and the Border Police continued in the work of the anti-terror “Wave Breaker” campaign in a number of operations and arrested 9 wanted persons throughout Judea and Samaria and the Beqaa and the Emekim areas.

No Israeli soldiers or police were wounded in the operations.

The operation was conducted in the villages of Ya’bad (in Samaria due east of Hadera), Carmel (to the south of Hebron) and Yata in the Hebron area. In Yata, 2 wanted terrorists were apprehended and one weapon was confiscated.

The forces also operated in the village of Tel and the city of Nablus (Shechem) in the area of the Shomron regional division, where they arrested three wanted persons suspected of involvement in terrorist activities.

In an operation in the villages of Beit ‘Anan and Dayr Jarir in the Binyamin regional division, IDF forces arrested two wanted persons.

The forces also operated in the village of Ein Al Sultan in the Beqaa and Emekim division area where they arrested two wanted persons.