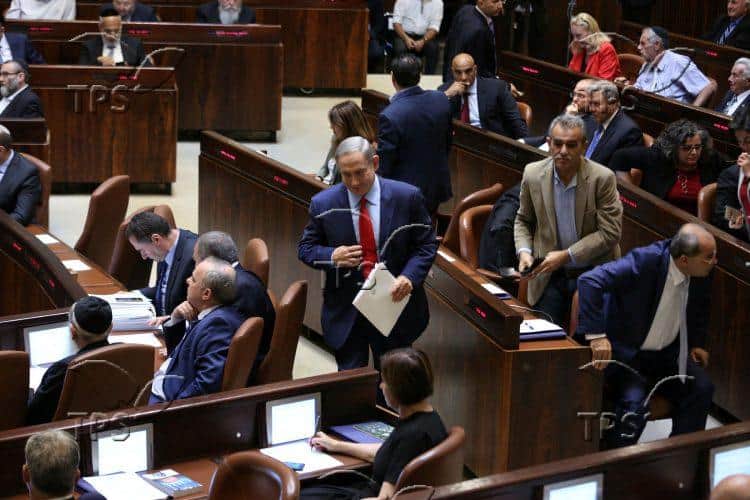 Israel has established a special task force to combat the rampant crime in Arab communities which has claimed the lives of at least 75 Arab citizens since the beginning of 2019.

Prime Minister Benjamin Netanyahu on Monday night held a special discussion at the Prime Minister’s Office (PMO) in Jerusalem on advancing a plan to curb violence and crime in Arab communities across Israel.

Following the discussion, Netanyahu ordered the establishment of a governmental task force, chaired by PMO Acting Director-General Ronen Peretz, that will formulate a national policy to reduce violence and crime in Arab society. Its findings will be presented in the coming 90 days.

The committee will include the director generals of the relevant ministries and the National Security Council and will engage Arab community leaders on the matter.

The ministers who attended the discussion agreed to continue the increased police activity in Arab communities to enhance security for the residents. The prime minister also instructed that budgetary sources be found to open additional police stations in Arab towns.

Netanyahu told the ministers at the start of the meeting that violence in Arab communities is on the rise, and therefore demands immediate government attention.

“We are holding this meeting in light of the severe problem that has developed in the Arab society in Israel, where murder and crime are rampant. This problem is causing immense suffering for the residents and significant harm to the State of Israel. Therefore, we are meeting here in an effort to bring about change. While this effort has already begun in the previous government, with the establishment, for the first time, of police stations in the Arab communities, we want to try to expand this and act in other areas so that we can create comprehensive change,” he said.

The establishment of the committee came after protests by Israeli-Arabs several weeks ago. Arab Members of Knesset (MKs) from the Joint List party boycotted the inauguration of the Knesset to protest the rising violence in Arab communities and loss of life.

The Joint List responded to the new plan with suspicion, saying they would “not be blinded by Netanyahu’s promises.”

“The test for such promises is their implementation,” they added.

Blue and White leader Benny Gantz, on the other hand, called the establishment of the committee “an important step in the right direction.”

“I promise to do everything possible to implement the plan,” he wrote on Twitter.

For just $100 per month you can bring the gospel to 10,000 homes. Join us as media missionaries! GIVE NOW
VIEW COMMENTS
« IAF Shoots Down Gazan Drone Flying at ‘Irregular Altitude’ Netanyahu Warns Israel is Facing Pivotal Power-Shift in Middle East »