BREAKING
Israel-led Team Solves Mystery Why Lightning Strikes Fewer Times Over The Ocean...
Tourism In The Holy Land Is Soaring Back Up To Pre-Pandemic Highs
Lapid Speaks Directly To Palestinians—Offers Them “Another Way” Out Of The Ongoing...
Home Articles Israel Has a New Budget After 3 Years of Political Limbo

Israel Has a New Budget After 3 Years of Political Limbo 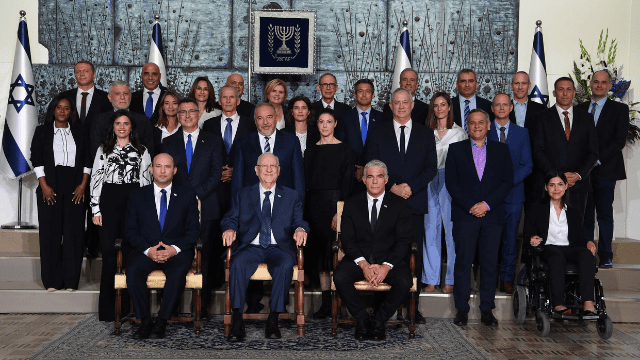 After three years, four election cycles, and an all-night marathon session Sunday, Israel’s Cabinet passed a new national budget, one that is full of reforms that will profoundly impact almost every facet of how Israelis work, eat and live.

It was a major test and victory for Prime Minister Naftali Bennett’s new coalition government. There are still several hurdles to clear before the budget is signed into law, but he welcomed this first step.

“After three years of stagnation, Israel is back to work. I ask members of the government to understand the magnitude of the moment,” Bennett said. “After years of neglect, we have produced the most daring, most competition-focused budget, the most helpful to weaker sections (of society), and the most concerned about the future of our children.”

Opposition Leader Benjamin Netanyahu immediately pounced on the new budget, blasting it and calling it “atrocious.” He vowed to block its passage once it starts through the Knesset.

While Netanyahu did pass several budgets during his tenure as prime minister, he was unable to do so since 2019, leaving the country’s resources hamstrung as it faced a pandemic, high unemployment, war, and other struggles.

Prime Minister Bennett shot back at the opposition. “We’ve done in 36 hours what you didn’t do in 36 months; we passed a budget.”

The 2021-2022 ($187 billion in 2021, $173 billion in 2022) will now begin a perilous journey through the Knesset. Bennett and his unity government hold a razor-thin majority. As a result, they will face many obstacles in committee and on the floor of the Knesset before the November 4 deadline.

It’s impressive that the seemingly fragile and combustible coalition managed to iron out a multi-billion-dollar budget in such short order. It gives me hope that they will really be able to get the work done and get the budget approved. But if not, the government will have to dissolve, and we will return to yet another round of elections.