BREAKING
Israel-led Team Solves Mystery Why Lightning Strikes Fewer Times Over The Ocean...
Tourism In The Holy Land Is Soaring Back Up To Pre-Pandemic Highs
Lapid Speaks Directly To Palestinians—Offers Them “Another Way” Out Of The Ongoing...
Home Articles Israel Has a New Prime Minister 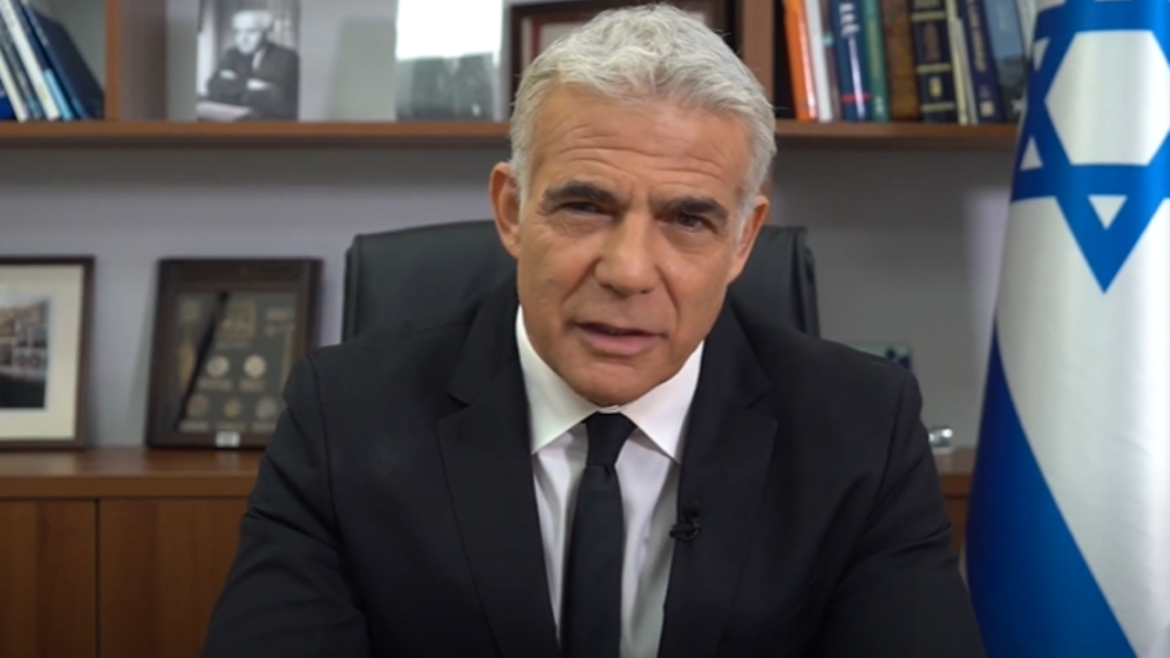 Many years ago (I won’t go into the circumstances right now), I had the opportunity to meet our new Prime Minister Yair Lapid on a few different occasions. At the time, he hosted probably the most popular talk show in Israel. A few years later, he would trade in his trademark black T-shirt for a coat and tie and take over as host of Israel’s most watched news program, the 8 PM Friday night Channel 12 news.

Many Israelis suspected that he would eventually go into politics. In 2012, he announced the formation of a new political party called Yesh Atid—“there is a future”—and today, it is our second largest party. For the next several years after he got into politics, I lived about 200 meters from him. That’s the thing about Israel; it’s not uncommon for a significant politician or entertainer to be your neighbor. We’re a small country.

Lapid’s father, Joseph “Tommy” Lapid, survived the Holocaust with his mother. One of the best books I have ever read is the “autobiography” that Yair Lapid wrote in his father’s voice. Meaning, the son wrote it as if he was the father. Memories After My Death will give you a front-row seat to one of Israel’s most iconic figures, from the Holocaust to the house of the Knesset.

This afternoon, Lapid met with the president of Israel (a ceremonial position) and was declared Israel’s 14th Prime Minister. I was talking with Youval Yannay, who leads the Revive Israel discipling community, at around 5 PM, when several SUVs with sirens zoomed past him on Israel’s Highway 1. No doubt, this was the new Prime Minister heading home to the Tel Aviv area from Jerusalem.

“We’ll do the best we can for a Jewish, democratic state, good and strong and thriving, because that is the job, and it’s bigger than all of us,” declared the new prime minister at the handover ceremony yesterday.

One of the most significant things that he accomplished in his short time as foreign minister was to torpedo the reaffirmation of the Iran nuclear deal. Several Arab foreign ministers came to Israel’s Negev desert to meet with Lapid and US Secretary of State Antony Blinken. There, Lapid is credited with convincing Blinken, along with the other four ministers, to nix the Iran deal.

Lapid has just a few months to convince Israelis that he is Israeli Prime Minister material. New elections will be held on November 1st. And Benjamin Netanyahu has wasted no time in hammering Lapid, as well as outgoing Prime Minister Naftali Bennett. In what I can only call a horribly divisive speech today, he labeled their government as friendly to terrorists and the Islamic brotherhood because they included an Arab party in their government.

What Netanyahu forgot to mention is that he was the one who first sought to woo this Arab party into his government. And truth be told, there have been no significant negative repercussions in Israel by having the Ra’am party in the government. No one would be surprised if Netanyahu invites the same people into his next government should he be given the opportunity to form one.

But getting back to Lapid, his four-month stint as Prime Minister will begin at midnight tonight (Thursday). Of course, if no one can form a government after the fall election, as we have seen in several of the last elections, he will continue as prime minister until elections produce a functioning government. Stay tuned…