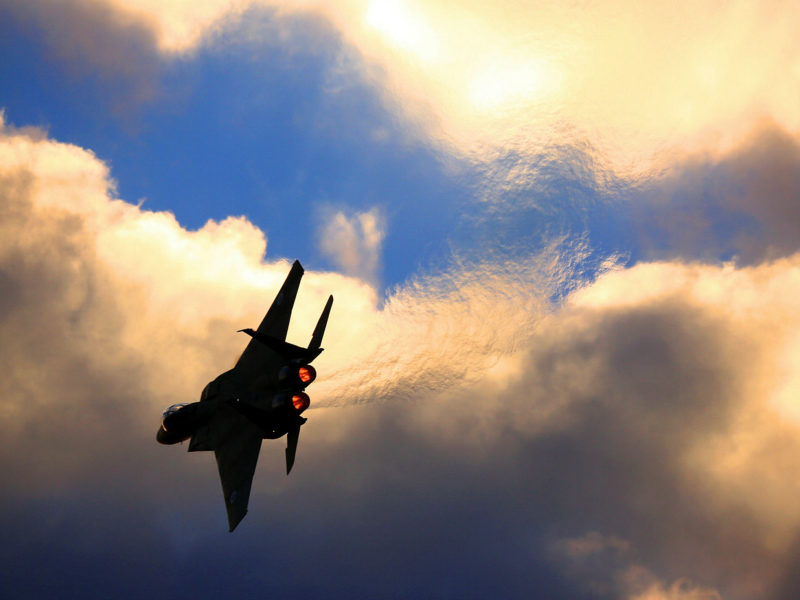 The Israeli Air Force (IAF) on Sunday night carried out a series of strikes against Iranian targets at the Tiyas (T4) Airbase in Syria, Syrian sources report.

Syria’s SANA news reported that the Syrian Arab Army’s anti-air defense systems responded to an Israeli raid on the T4 airport located in Homs eastern countryside, destroying two of the Israeli missiles that targeted the airport.

The remaining missiles hit their targets, killing one soldier and injuring two others, the report said. An ammo depot was damaged, as well as structures and equipment.

The Syrian Observatory for Human Rights (SOHR), which keeps close track of the warfare in the country, reported that violent explosions rocked the eastern countryside of Homs caused by the Israeli strike to the T4 Military Airbase, where warehouses and military bases of the Iranian Revolutionary Guards (IRGC) are located.

According to the SOHR, at least five persons were killed in the attack, including a Syrian soldier. Others were injured with varying degrees, and the number of deaths may increase because of the serious injuries.

The T4 Air Airbase, Syria’s largest, is home to Iranian forces, the Lebanese Hezbollah terror organization and Syria’s 47th Brigade, and has previously been targeted by Israel.

Israel has remained silent about this strike.

Strikes against targets in Syria reportedly carried out by Israel are usually meant to prevent the transfer of advanced weapons from Iran through Syria to Hezbollah in Lebanon.

This attack comes just a day after IAF fighters and gunships on Saturday night carried out several strikes against military targets inside Syria in retaliation for rockets fired from Syria at the Israeli Hermon earlier in the evening.

Prime Minister Benjamin Netanyahu on Sunday evening spoke at the official Jerusalem Day ceremony at Ammunition Hill in Jerusalem, during which he exposed a method of how Iran funds Hezbollah.

“Iran transfers $700 million to Hezbollah per annum. But it does so by various methods, including fraud. In this framework, the Iranian Foreign Ministry transfers over $100 million to terrorist organizations. The money is transferred under diplomatic cover, by seemingly innocent means, to Lebanon and from there to Hezbollah,” he charged.

“These enormous amounts fuel the relentless aggression by Iran and its proxies in our region. Our neighbors know it; all of the Arab states know it. This is one of the things that is bringing them to a renewed closeness with us,” he added.

“While we do not make light of Iran’s threats, neither are we deterred by them because anyone who tries to hurt us will be hurt far worse,” he said, relating to the Israeli strikes in Syria on Saturday night and the “the six remarkable days that brought us back to parts of our ancient homeland.”

Iran’s military build-up in Syria remains a red line for Israel. The IAF has carried out thousands of attacks to thwart the Iranian entrenchment in the war-torn country.

For just $100 per month you can bring the gospel to 10,000 homes. Join us as media missionaries! GIVE NOW
VIEW COMMENTS
« Trump Tells Israelis to ‘Get Their Act Together’ Don’t Miss This Amazing Opportunity To Reach 310 Million Homes Worldwide »