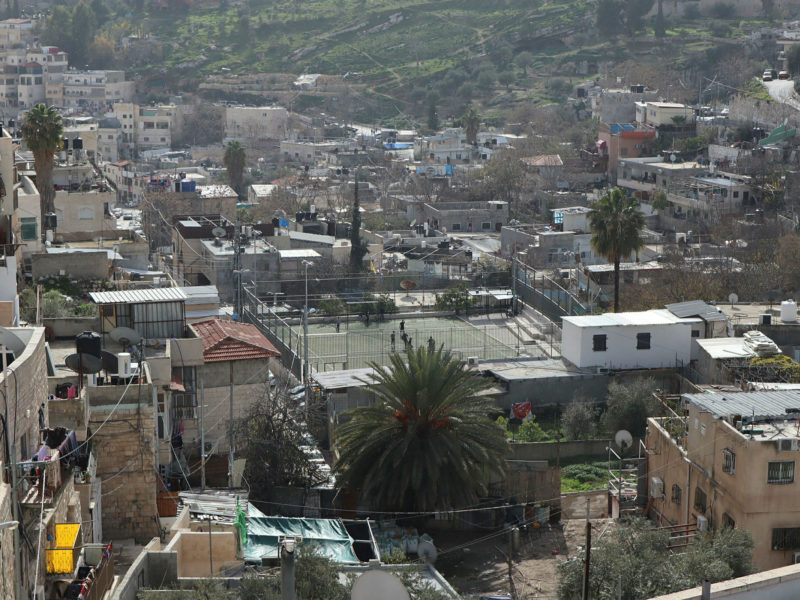 Jerusalem’s Mayor Moshe Lion on Monday held a celebratory event marking a year since the launch of the five-year plan to develop the Arab neighborhoods in eastern Jerusalem through a massive investment of billions.

Over the past year, NIS 100 million of the NIS 2 billion budget has been invested in projects to boost Israeli services in the city, with a particular focus on educational programs.

Among the projects implemented this year include promoting Hebrew-language proficiency, 300 Arab students from eastern Jerusalem completing their first year of studies at the Hebrew University, building classrooms, renovating and equipping educational buildings, constructing computer labs, computerization of classrooms, creating the Center for Excellence, opening the first conservatory in eastern Jerusalem, and the opening of an entrepreneurship center.

In addition, projects that indirectly influence the education system were launched, including improving infrastructure and public transport, replacing cleaning services in the eastern part of the city, renovating courtyards, and construction of sports fields.

Lion said he is “happy and proud to conclude this year of successful cooperation.”

“The Jerusalem Municipality and the government ministries made a courageous decision together to bring about a dramatic and unprecedented change in the eastern Jerusalem school system, which has been neglected for nearly 50 years,” he stated.

“Eastern Jerusalem students deserve an excellent education and it is our duty and mission to achieve this goal. The achievements we have seen tonight truly paint a picture of hope,” he added.

Students who benefited from the funding presented a variety of projects that they were involved in over the past year, including a technology center afterschool program within the Beit Hanina Comprehensive School for Girls, which teaches science, technology, 3D and research.

Students participating in the Unistream Student Initiatives at the A-Tur Comprehensive School for Boys presented an electronic “Doctor Robot” that can identify the condition of the person who is sick and can even offer a solution to the patient.

Students also presented a “smart toothbrush” with an alarm clock for children up to the age of 13.

For just $100 per month you can bring the gospel to 10,000 homes. Join us as media missionaries! GIVE NOW
VIEW COMMENTS
« The Ministry Of The Watchman: It’s Time For The Intercessors To Arise Netanyahu warns: ‘Iran Taking a Significant Step Toward Producing Nuclear Weapons’ »